Davos delegates experience a day in the life of a refugee 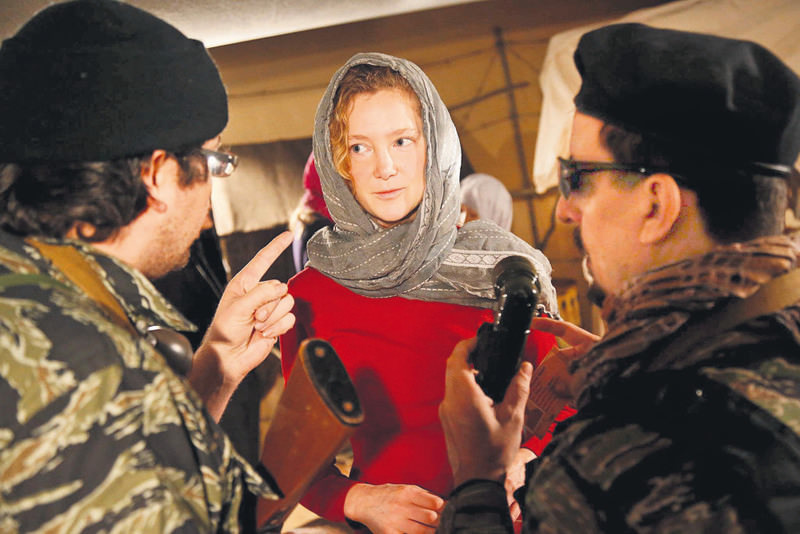 by Daily Sabah Jan 25, 2016 12:00 am
A simulated workshop was held at the Davos Summit this weekend to create an emotional connection with the refugee crisis, one of the summit's foremost important topics. With the participation of some 2,500 delegates including Prime Minister Ahmet Davutoğlu's wife Sare Davutoğlu, the workshop "A day in the life of a refugee" ran for 75 minutes. Organized by the nonprofit Crossroads Foundation, the event "aimed to re-create some of the struggles and choices [refugees] face to survive," the Independent reported.

Another participant, U.S. Ambassador to Switzerland Susi G Levine shared her experience on her Facebook account, saying "What an intense, powerful way to build empathy! If you have the chance to do this - I highly recommend doing it." She further noted that they had to use ID cards, experience abuse, endure sensory overload and feel humiliated. At the workshop, the attendees also traded food for valuables and endured orders from uniformed soldiers with fake weapons. In a statement to Sweden's The Local newspaper, a Crossroads Foundation spokesman said, "Dead bodies, gunfire and orders shouted in foreign languages can unsettle participants, and lead to a deeper empathy of the challenges of real refugees." It was reported that participants found "the emotional connection with the crisis is far more lasting than data and rhetoric."
RELATED TOPICS