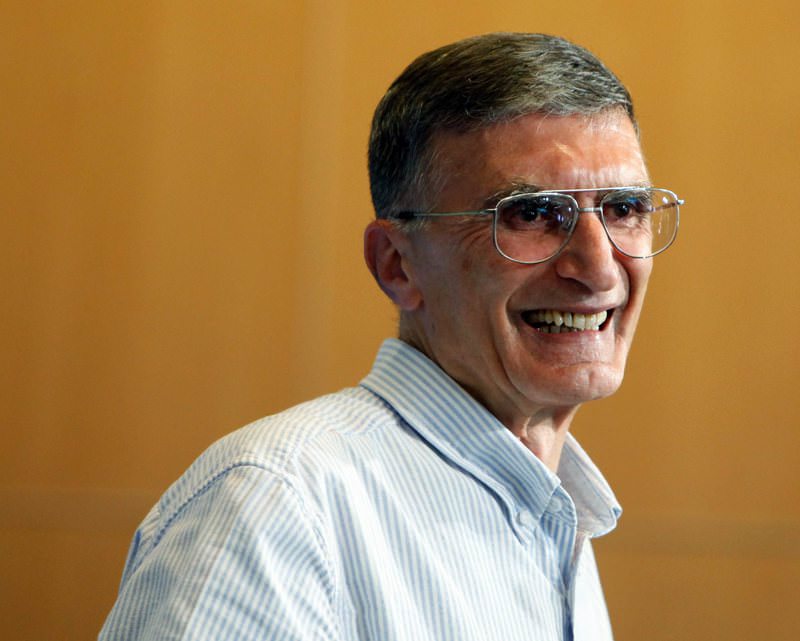 by daily sabah
Mar 30, 2016 12:00 am
Aziz Sancar, the winner of the 2015 Nobel Prize in Chemistry, along with the Harriet Fulbright Institute (HFI) have announced the selection of 700 sixth-grade girls for the STEM Project in a nationwide endeavor to encourage young girls in science, technology, engineering, and math (STEM) education throughout Turkey. The project will be held in seven cities in the country in a series of three-day conferences at various universities, beginning on April 8 in the city of Zonguldak and ending in Istanbul on May 21.

In the city of Şanlıurfa on April 22 and 23, the project will be available to Syrian refugees who can participate in the project alongside Turkish students, ending with an award ceremony. On May 24, an international conference will feature Professor Sancar giving a keynote speech, according to a press release by University of North Carolina Health Care. Free for participants, the STEM Project allows for an increased awareness and better understanding of global education, science and cultural exchange in female students in the sixth grade. During visits to the Turkish cities, project committee members will meet with officials in the public and private sectors, government organizations and universities to introduce the STEM project. Gökhan Çoşkun, the founder and CEO of HFI, is the brainchild of the project.

"As someone from rural Turkey, I understand the power of education. I know what it has done in my life. I want all girls in Turkey and around the world to have the same opportunity that I had," he said in a statement. Turkish Airlines is among the funders of the program. Sancar, who has been a professor and researcher at the University of North Carolina in Chapel Hill since 1982, was one of the three winners of the 2015 Nobel Prize in Chemistry for his groundbreaking work on DNA repair. He is an honorary member of the Turkish Academy of Sciences and the American Academy of Arts and Sciences. Sancar received his Nobel medal from the King of Sweden, Carl XVI Gustaf, during the 2015 Nobel Prize award ceremony at the Stockholm Concert Hall on Dec. 10 last year.