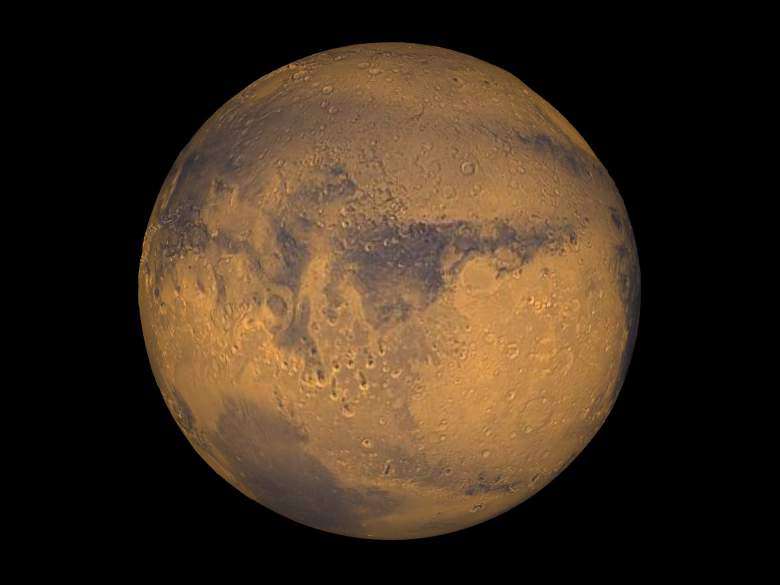 by Daily Sabah with Wires May 16, 2016 12:00 am
NASA researchers have discovered atomic oxygen surrounding Mars using the Stratospheric Observatory for Infrared Astronomy (SOFIA). NASA reported in a press release that the oxygen atoms were detected in the upper layers of the Martian atmosphere known as the mesosphere. The discovery will help researchers better understand the atmosphere of the red planet, as atomic oxygen affects how other gases escape Mars and therefore has a significant impact on the planet's atmosphere. In 1970, the Viking and Mariner missions made the last measurements of atomic oxygen in the Martian atmosphere.

The recent observations were made via SOFIA's airborne location, flying between 37,000 feet and 45,000 feet above most of the infrared-blocking moisture in Earth's atmosphere. "Atomic oxygen in the Martian atmosphere is notoriously difficult to measure," said Pamela Marcum, SOFIA project scientist. "To observe the far-infrared wavelengths needed to detect atomic oxygen, researchers must be above the majority of Earth's atmosphere and use highly sensitive instruments, in this case a spectrometer. SOFIA provides both capabilities."

Scientists will continue to use SOFIA, a giant airplane with a 245-centimeter diameter telescope, to study these variations to help better understand the atmosphere of Mars. It is a joint project between NASA and the German Aerospace Center. NASA is aiming for a human mission to Mars in the 2030s. "If we think of the 2030s as the potential for human exploration, I think this 2020 rover and the other things we might be able to do in the 2020s as a synergistic collaboration between science and human spaceflight. There are a lot of cool things we can do," John Grunsfeld, the U.S. space agency's associate administrator for science, said, Reuters reported.
RELATED TOPICS