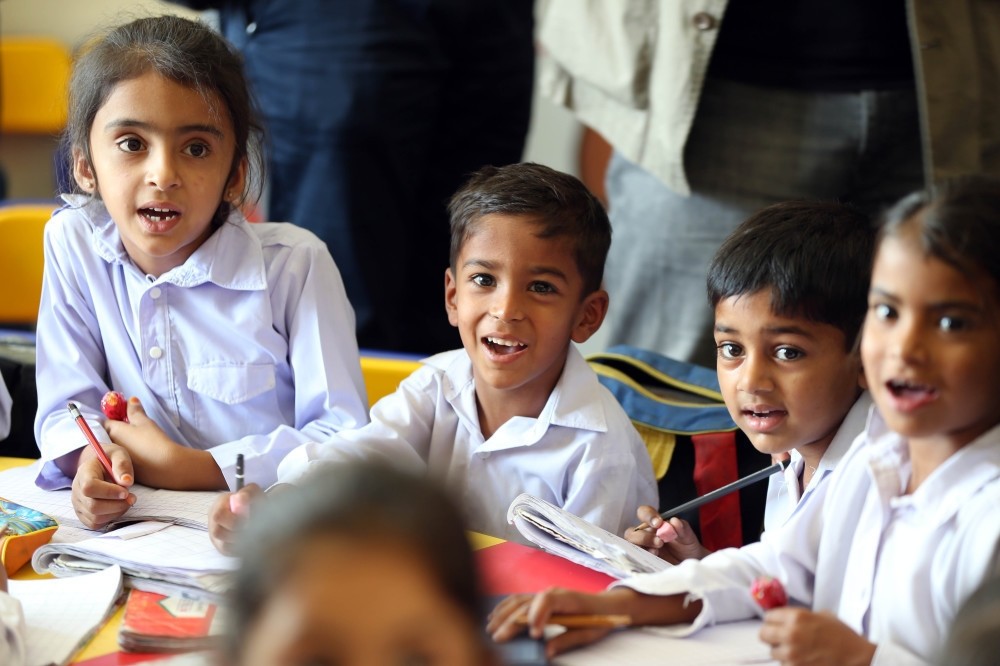 by Daily Sabah with AA May 24, 2016 12:00 am
Afghan refugee children living in Pakistan's Haripur district, which is currently home to about 90,000 Afghan refugees, are attending Rumi International School with support from Turkish aid organizations.

Abdurrahman Mahdum, the head of the region's refugee department, told Anadolu Agency (AA) that the school, which was opened in 2004, hosts nearly all refugee children in the region. "We have almost 700 students. Six years ago, the school was registered both as an Afghan and Pakistani school, allowing our students to pursue higher education," Mahdum said. So far, almost 140 students have graduated from high school level. "The number is low because families tend to take their children out of school when they are about to graduate. Families prefer their children to work and support the family budget. But some of our graduates are studying abroad for their university degree," he continued, adding that families generally do not lean toward further education.

Since the school's opening, it has received great support from Turkish aid organizations, including the Humanitarian Relief Foundation (IHH). Expressing his thanks to Turkey, Mahdum said: "There are 55 orphan students at the school, all of whom are successful." Other Turkish aid agencies, including the Turkish Cooperation and Coordination Agency (TİKA), provide continuous support to Pakistan in the fields of health and education. In Islamabad, TİKA developed the technological infrastructure of the National University of Modern Languages' (NUML) Department of Turkish Language by establishing a Turkish library and language laboratory. Aside from a girls' school and hospital, a neonatal unit was also established by TİKA in the Okara District Hospital in Punjab - the most populous province in Pakistan. The hospital has the highest capacity in the entire district and provides services to nearly 3 million people in Pakistan, a country with a very high infant mortality rate.
RELATED TOPICS