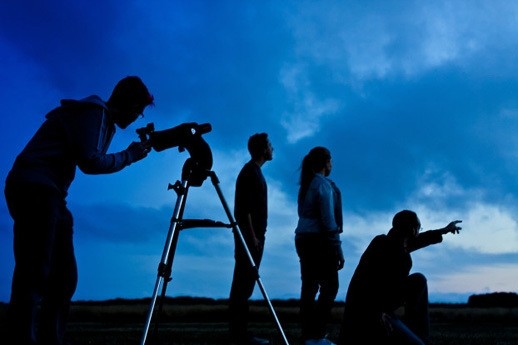 by Anadolu Agency Jul 29, 2016 12:00 am
The 19th National Astronomy Observation Festival has started in the coastal Antalya province, with a full program including field visits, workshops, exhibitions and competitions. Organized with the initiatives of TÜBİTAK's National Observatory (TUG), the festival is taking place in the city's Saklıkent area at an altitude of 2,000 meters.

The organization committee received more than 3,000 applications for the festival, yet only 10 percent of those are participating due to the size restrictions in place. The festival participants are both amateurs and professionals and they are attending seminars and observing the sky and astronomical objects through telescopes.

"Astronomy is one of the few scientific fields that amateurs can also practice. Even a number of amateur astronomers have come up with important discoveries," Professor Halil Kırkbıyık of TÜBİTAK said, adding that the TUG continues its projects to contribute to astronomy observations and recent data on astronomy incidents. The four-day astronomy festival will end on Sunday.
Last Update: Jul 29, 2016 1:10 am
RELATED TOPICS