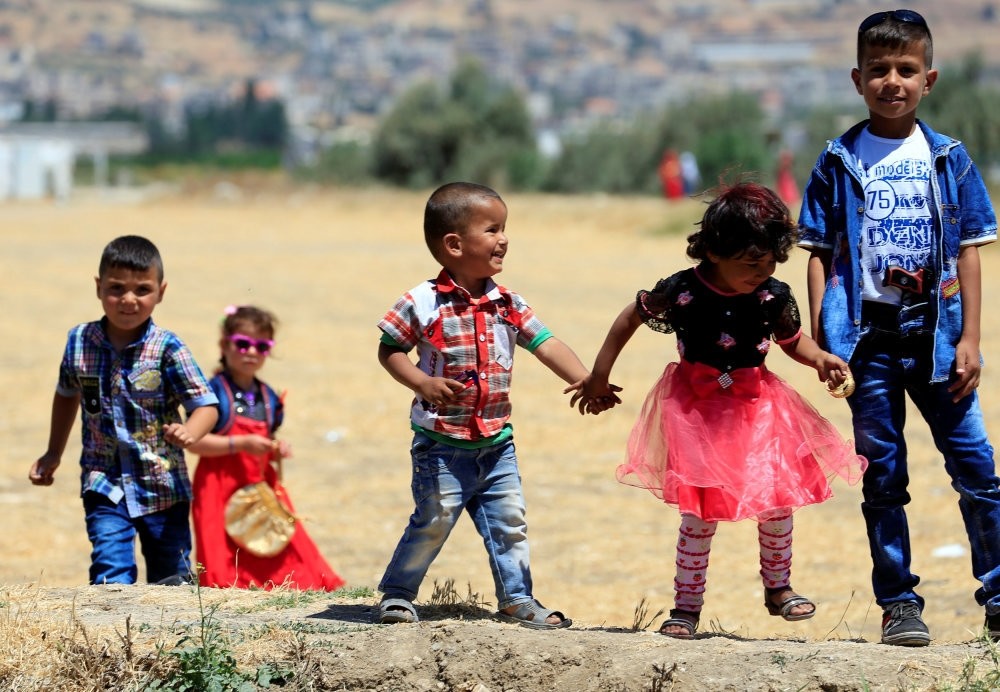 by Daily Sabah with AA Aug 01, 2016 12:00 am
A life center for orphaned Syrian children is being set up in the southern Hatay province, supported by initiatives set up by the Family and Social Policies Ministry, the Humanitarian Relief Foundation (İHH) and the Qatar-based Raf Foundation. Scheduled to open its doors in September, the life center is under construction in an area of 95 hectares.

There will be 55 villa-type houses where Syrian children as young as six years old can stay until they enter university education. The center will provide social opportunities with its sports center, three schools and psychotherapy center. Burak Karacaoğlu, the İHH's Hatay Branch press consultant, said that a great number of Syrian children have lost their families during the war and the new center will at least help a certain group, supporting their social life and education.

The Syrian crisis has internally displaced over 7 million people, and forced over 4 million people out of the country. In Hatay, there are 8,000 Syrian orphans and Turkey hosts about 3 million Syrian refugees. Turkey hosts more refugees than any country in the world while contributing nearly $9 billion to humanitarian aid during the ongoing Syrian crisis.
Last Update: Aug 01, 2016 1:15 am
RELATED TOPICS