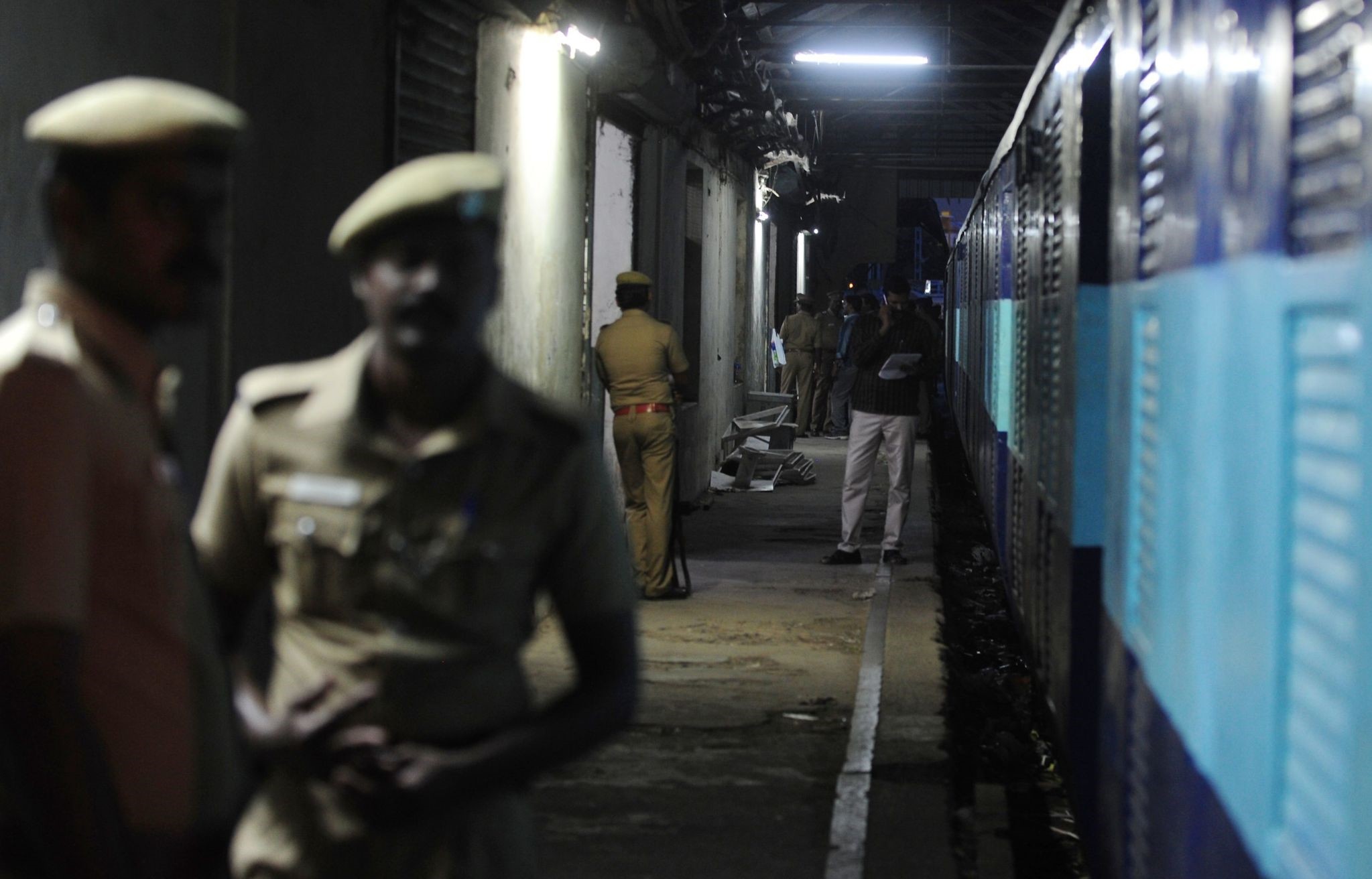 Indian police personnel stand guard alongside the Salem-Chennai Express train, which was robbed while in transit, at Egmore Railway station in Chennai on August 9, 2016. (AFP Photo)
by Aug 11, 2016 12:00 am

A gang of robbers cut a hole in the roof of a train travelling through southern India and stole more than $750,000 in cash, police said on Wednesday.

The daring heist occurred somewhere along the more than 300-kilometre (186-mile) long journey, but the missing loot was only discovered hours after the express train arrived in the city of Chennai.

The train's mail carriage was carrying 3.4 billion rupees ($51 million) belonging to India's central bank and was being escorted by armed police seated in the next compartment.

Police suspect about six to eight robbers made a four-foot square hole in the carriage roof using a cutting torch before escaping undetected with some of the cash.

"We are inquiring with the train guard and the police personnel if they heard any unusual noises on the roof," said police superintendent P Vijayakumar.

Police said the robbers may have jumped off the train roof and were combing the tracks along the route in search of any of the missing notes.

"They created a manhole and then they sneaked one after the other and lifted the bundles to the roof before taking them away," inspector general of police M. Ramasubramani, who is heading the investigation, told AFP.

Another police officer was quoted in the Hindu newspaper as saying the gang might have hidden themselves in the carriage before it was locked for the journey on Monday night, before escaping through the roof.

Reserve Bank of India officials discovered the theft on Tuesday morning when they came to collect the cash from the carriage for disposal. The cash, although still usable, was soiled and was transported from the city of Salem to Chennai for destruction.

The audacious crime has echoes of the "Great Train Robbery" of 1963 when a gang of criminals in Britain stopped a night mail train and made off with 2.6 million pounds.