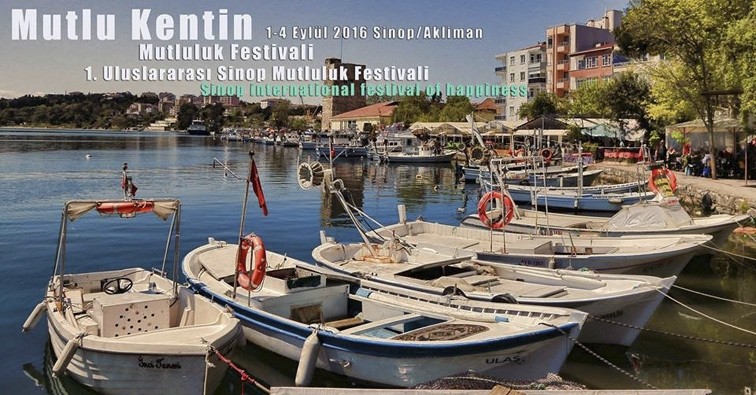 by Aug 18, 2016 12:00 am
Located on the the Black Sea coast, Sinop, which has assumed the title of "the happiest city of Turkey," is getting ready to host a festival. The Happiness Festival will be organized by the Sinop Municipality and the Sinop Güç Birliği Foundation and will run from Sept. 1-4 in the Akliman region. The festival will be held to remind people that the most valuable thing a person can experience during his or her life time is happiness.

Commenting on the festival, Sinop Municipality Mayor Baki Ergül said that the surveys conducted in the last couple of years point out Sinop as the happiest and safest place to live in Turkey. He said that they decided to organize a festival to share the city's happiness and introduce Sinop's bests to people from around the world. "We will hold the Happiness Festival for the first time this year to raise awareness about the importance of protecting the urban, natural and cultural values of Sinop, which welcomes 1 million tourists annually," Ergül said, and thanked the Sinop Governorate, Sinop Güç Birliği Foundation, the mayors of Beşiktaş and Gaziemir municipalities and the consul generals of countries around the world who support the festival.

The Happiness Festival will host local and international participants. During the festival, various events will take place in the city including panel sessions, workshops, exhibitions and concerts.
RELATED TOPICS