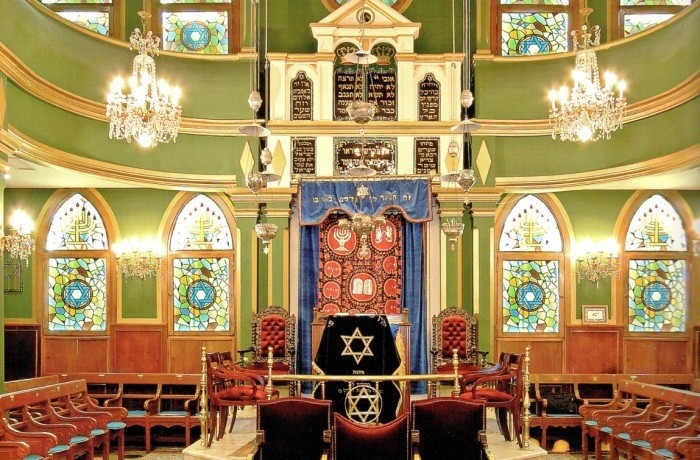 An Italian synagogue in Galata, Istanbul.
by daily sabah Aug 24, 2016 12:00 am
A new digital platform, "Türkiye Kültürel Varlıkları Haritası" (Turkey's Map of Cultural Heritages) brings together Armenian, Greek, Jewish and Syriac cultural heritages around the country for readers both in Turkish and English.

Although still in progress, the map records information on churches, schools, monasteries, cemeteries, synagogues and hospitals. Gathered from primary and secondary sources, the map shows all recorded cultural heritage sites in each city, whose numbers are available on it. Users can click each city to see which neighborhood has or used to have a Greek school, a Jewish cemetery or a historic monastery. To improve the digital platform, the research team will take field visits in the villages or areas defined in the inventory. Interviews with local residents will help them to write more information about each historic building.

The inventory's main sources include several documents from Ottoman archives in the Prime Ministry as well as French geographer Vital Cuinet's 19th century survey. The research team has examined specific sources for each minority group's heritage such as the Armenian Patriarchate of Istanbul's documents on Armenian churches and monasteries and the Ecumenical Patriarchate's records on Greek schools. Prepared by the Hrant Dink Foundation, the project is co-funded by the European Union and the Republic of Turkey. The digital map is available on turkiyekulturvarliklari.hrantdink.org/en/.
RELATED TOPICS