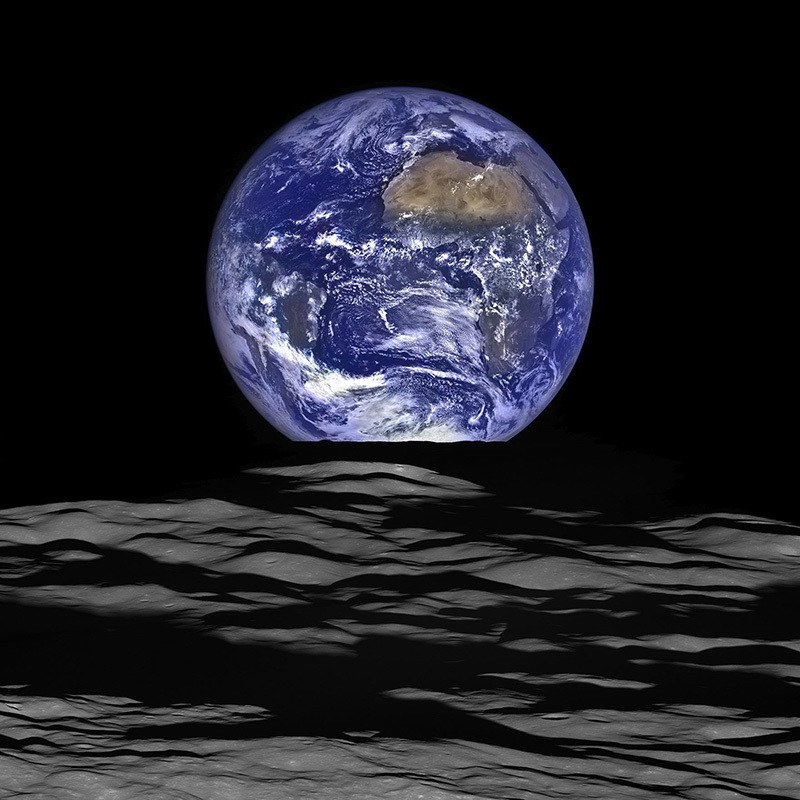 This NASA image released December 18, 2015 shows what NASA's Lunar Reconnaissance Orbiter (LRO) recently captured in a view of Earth from the spacecraft's vantage point in orbit around the moon. (AFP Photo)
by reuters Aug 26, 2016 12:00 am

The Earth has gained coastal land equivalent to the size of Jamaica in the past 30 years with man-made construction outpacing erosion caused by rising sea levels, mapping data showed on Thursday.

Expansion of ports off China, construction of luxury resorts off Dubai or land reclamation in the Netherlands were among causes of coastal expansion, according to a study by Dutch research group Deltares.

Using data gathered by NASA's Landsat satellite with Google Earth, Deltares said coastal regions had gained a net 13,565 square kilometers (5,237 square miles) of land since 1985, roughly the size of Jamaica or the U.S. state of Connecticut.

"We expected on average the coast to shrink ... as sea level has risen," said Fedor Baart of Deltares, an author of the study published in the journal Nature Climate Change. "But the coasts are actually growing."

"We have a huge engineering power," he said. Off China, "the coastline all the way from Hong Kong to the Yellow Sea has almost been redesigned."

A U.N. panel of climate scientists says world sea levels have risen by about 20 cms (8 inches) in the past century, and links it to a warming driven by man-made greenhouse gas emissions that are thawing ice from Greenland to Antarctica.

Inland, the data also show big shifts to lakes such as the shrinking Aral Sea in central Asia and showed changing courses of rivers including the Amazon and the Ganges, sometimes linked to natural variations.

In other areas, human influences were clear. In Myanmar, for instance, there were more reservoirs and dams than previously known. North Korea also has a reservoir on the Rimjin River that does not appear on maps.

The scientists said the freely available data could help countries sharing the same river to monitor their neighbors' dams or help planning by U.N. agencies to prevent floods.

Also, anyone planning to buy a beachfront home could check the local coastline for signs of erosion.