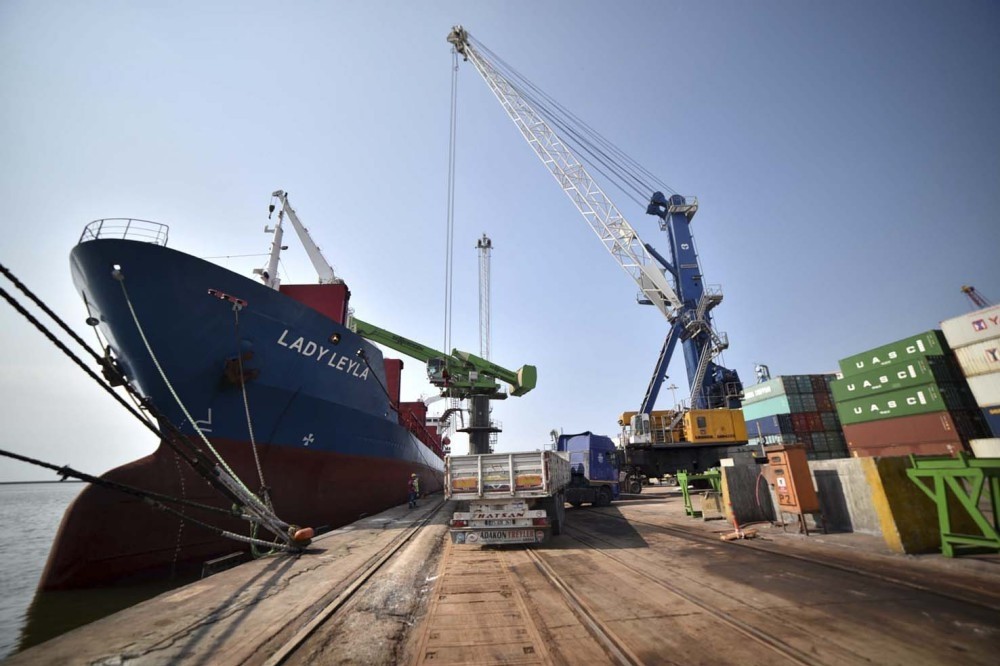 by Zeynep Esra İstanbullu Aug 26, 2016 12:00 am
Turkey's strong support for the Palestinian cause and people looks set to increase, as Ankara plans to send another aid ship to the stricken country. Following a signed agreement with Israel, the Turkish Red Cross, which sent an aid ship to Gaza during Ramadan, is getting ready to send another one. The ship, which is scheduled to reach Gaza on Kurban Bayram (The Feast of Sacrifice), also known as Aid al-Adha in Arabic, will set off from the Mersin Harbor.

In a statement, Turkish Red Cross General Manager Kerem Kınık said that they are making preparations for a ship carrying 10 tons of aid supplies. Stating that they are planning to send up to three aid ships to Gaza every month, Kınık said: "We will get a ship ready before Kurban Bayram. It will be a TL 50 million ($17 million) operation and the ship will carry food, medicine, diapers and other hygiene supplies as well as stationery and school bags for children of school age. Our goal is to make Gazans happy during Kurban Bayram, just like we did in Ramadan Bayram." Kınık said the region is in need of infrastructure investments in order for people to stand up on their own two feet and build their future. He said the Turkish Red Cross is preparing to make a $10 million investment in Gaza.

"We will build an emergency storage unit and a hospital that will be run by the Palestinian Red Cross. We traveled to Gaza to welcome the ship 'Lady Leyla,' which carried aid supplies to Gaza during Ramadan Bayram and enabled the safe dispatch of supplies. Thanks to our good relations with Israel, the Israeli government offered us help. We believe that we will not run into any complications during the shipment during Kurban Bayram. There are Gazan children and citizens looking forward to our return. We will be there for them this bayram as well," Kınık said.
RELATED TOPICS