You talkin' to me? English no longer a must for NYC cabbies 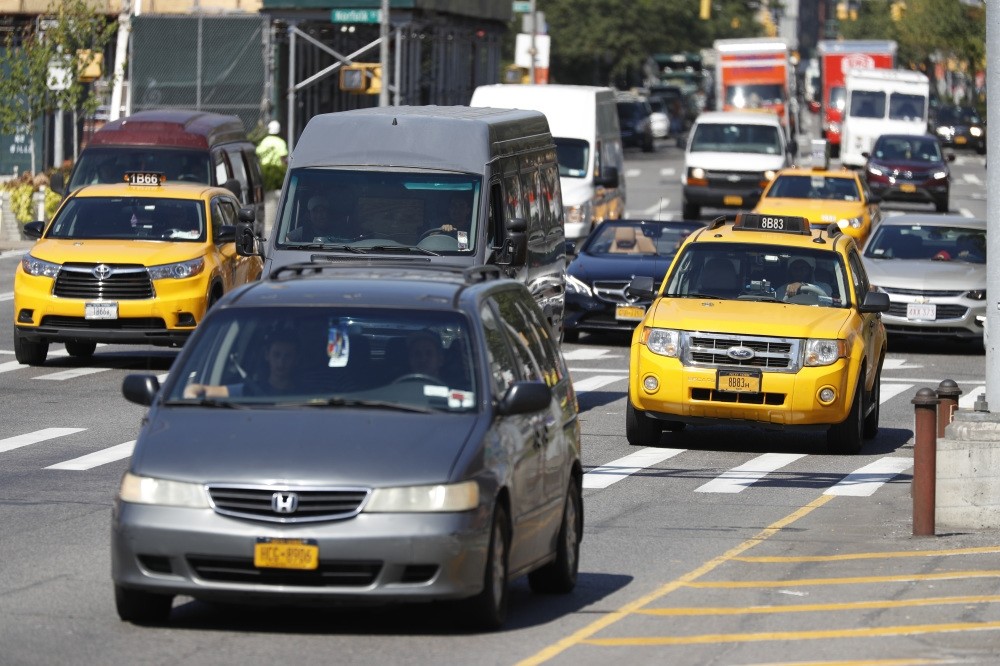 by Associated Press
Aug 29, 2016 12:00 am
People who hope to drive New York City's famous yellow cabs must pass tests on such details as driving rules and where they can pick up passengers. But one test they no longer have to take? Whether they have a grasp of English.

A new law that streamlines licensing requirements for different kind of drivers has done away with the longstanding English proficiency test for taxi drivers, which supporters say will eliminate a barrier to the profession for immigrants, who make up 96 percent of the 144,000 cabbies in the city.

It's also a recognition of how technology has transformed the business. Many drivers now rely on computer navigation programs, rather than verbal directions, to reach a destination. For-hire drivers for app-based services such as Uber, for example, never had to take an English test.

But critics, including some drivers, are giving a side-eye to the idea that a good command of English is no longer considered a basic requirement for a job that involves communicating with passengers and reading street signs.

"If you're going to work in this country serving the population which is majority made up of American citizens that speak English, you probably should learn how to speak English," said Tanya Crespo, who was visiting Manhattan from Newport, North Carolina.

Kathy Amato, a tourist from Baltimore, said she wouldn't ride in a taxi with a driver who couldn't speak her language.

"They should speak English because we're in New York City," she said.

New York City's taxi and for-hire drivers are already an international bunch, hailing from 167 countries, according to the Taxi and Limousine Commission, which currently offers its licensing tests in English, Spanish, Bengali and Urdu.

Hacks formerly went through one of two licensing processes, depending on what class of car they drove.

One was for the yellow cabs that passengers can hail on the street. Drivers of those vehicles, which mostly operate in Manhattan and at the airports, had to take an education course and an English proficiency test.

The other licensing process covered drivers of for-hire cars, the dominant form of taxi in the "outer boroughs" of Brooklyn, the Bronx, Queens and Staten Island. Those rides are dispatched by telephone, or, in recent years, by mobile phone app. For those drivers, an English test wasn't required.

Among yellow cab drivers, 24 percent were born in Bangladesh, 10 percent in Pakistan and 8 percent in India, according to city statistics. English is widely spoken as a second language in all three places, all formerly part of the British Empire.

But among the traditional for-hire livery car drivers, 50 percent were born in the Dominican Republic, where people speak Spanish.

Some foreign-born taxi drivers said taking, and passing, the English test was once a successful rite of passage.

"You had to really learn to get it," said Michael Osei-Antwi, a driver originally from Ghana, who took the English exam 17 years ago. "If somebody tells you they are going to Gansevoort Hotel and you don't know English, how are you going to be able to get there?"

Back then, the city also required a geography test, which has also been dropped in recent years.

"A guy might not be able to speak English but he is still a good driver. He could take you where you want to go," he said. "There are a lot of ways to communicate."

There's now an education course that both yellow cab and livery drivers will take. Taxi regulators said they are working with other city departments to create an English-language component for that course.

New York City Councilmember Ydanis Rodriguez, who sponsored the legislation, said the driving jobs are "a step into the middle class for many, and we should be removing barriers to entry, rather than keeping them in place."

In certain ethnic neighborhoods in New York City, he pointed out, not speaking English isn't a problem since the drivers and those using their services all speak the same language.

Melquisedc Abreu, a 45-year-old livery car and Uber driver born in the Dominican Republic, agreed, saying it wouldn't matter to most of his passengers if he didn't speak English.

"They never talk to me," he said. "They just get in the car, I got the destination, drop them off, thank you, have a good day, and that's it."