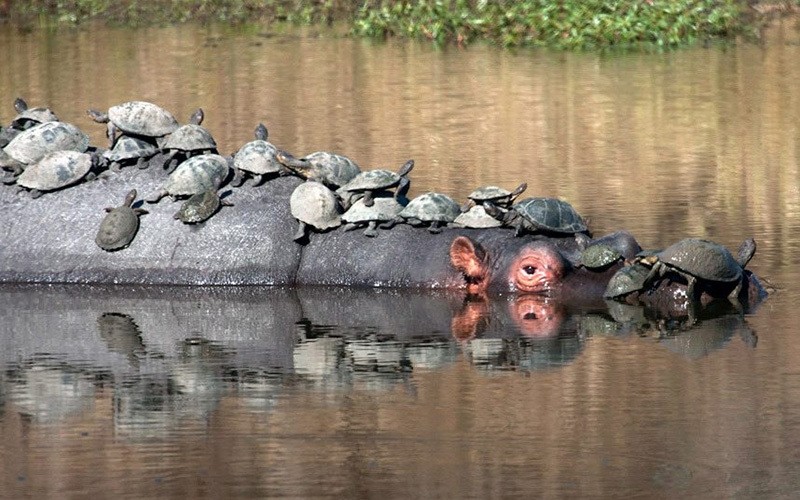 Rangers in South Africa's biggest wildlife park are killing about 350 hippos and buffalos in an attempt to relieve the impact of a severe drought.

The national parks service says the numbers of hippos and buffalos in Kruger National Park, about 7,500 and 47,000 respectively, are at their highest level ever.

Meat from the killed animals is being supplied to poor communities on the park's perimeter.

Parks service spokesman Ike Phaahla says the two species consume large amounts of vegetation and that many of the animals are expected to die anyway because of the drought.

The southern Africa drought has been called the worst in 35 years.

A drought in the early 1990s reduced Kruger's buffalo population by more than half to about 14,000, but the population rebounded.