Russian culture days to kick off in coastal Bodrum 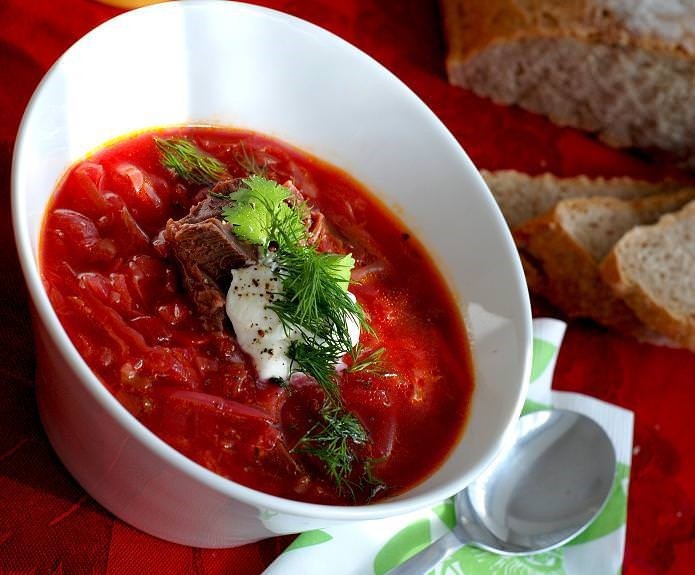 Borscht
by Daily Sabah Oct 10, 2016 12:00 am
The second annual festival, "Russian Culture Days," will take place from Oct. 13-15. After a great success with last year's edition, the organization committee including Bodrum Tourism Office in Moscow and the Bodrum Municipality has prepared another entertaining program. This year's festival will feature a photo exhibition as part of an amateur photo contest for the Russian speaking community with the theme "My Motherland." The exhibition at Spektr Hotel Bodrum will introduce how the local Russian-speaking community sees their home countries and how they interpret them.

There will be an open-air Russian movie night and the beloved Russian street food fair at the town's pier square. At the Russian street food fair on Oct. 15, you will get the chance to taste various traditional dishes from Russia, Ukraine, Kazakhstan, the Caucasus and more. In addition to food, you can also purchase Russian-themed souvenirs. Guests will also be served a special Russian menu at GUSTO Restaurant & Beach throughout the duration of the three-day festival. The menu will feature chocolate potatoes, hunter's cabbage stew and beetroot soup "Borscht." The movie night on Oct. 13 will also be held at the same restaurant and will screen the 1981 production "Moscow Does Not Believe in Tears."

The second "Russian Culture Days" coincides with Russian President Vladimir Putin's visit to Turkey. Putin will be in Istanbul today as part of his official trip to Turkey and will hold bilateral meetings along with giving a speech at the World Energy Congress, which has started yesterday and will continue until Oct. 13. Bodrum Mayor Mehmet Kocadon said, "The Bodrum Municipality is working to promote Russian culture at its best. Such festivals draw the attention of Russian travel agencies, important for tourism opportunities."
RELATED TOPICS