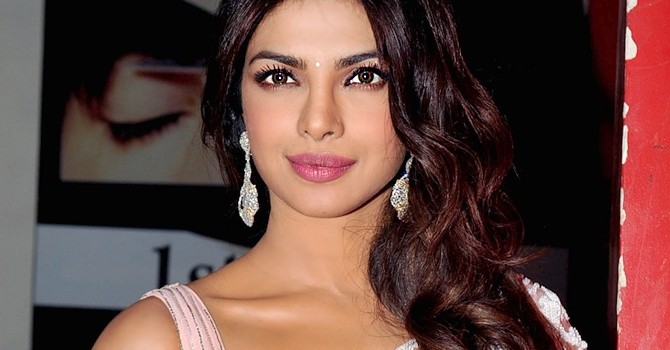 Popular Bollywood actress Priyanka Chopra on Monday apologised for a glossy travel magazine cover after it sparked outrage with social media users accusing her of insensitivity towards refugees and migrants.

The 34-year-old former Miss World is featured on the cover of the October edition of Condé Nast Traveller India wearing a white t-shirt with the words, "REFUGEE", "IMMIGRANT" and "OUTSIDER" crossed out in red -- leaving only the word "TRAVELLER".

The message on her t-shirt sparked a flurry of criticism on the microblogging site twitter, with users accusing Chopra of belittling the plight of refugees forced to leave their homes.

Chopra - who was named as one of Time Magazine's 100 Most Influential people and is an ambassador for the U.N. children's agency UNICEF - said the message was aimed at addressing racism and had been misunderstood.

"They (Condé Nast) specially got this (t-shirt) made and implored me to wear it. They said they were addressing xenophobia which is a big issue that is happening," Chopra told NDTV in an interview.

"So their idea was that. And I bought into it, I guess. And I am really, really apologetic about the fact that sentiments were hurt ... The point the magazine wanted to make was actually something good."

"Maybe your editors need taste editing. I get what you are trying to say. But you just trivialised a serious refugee issue," said one tweet from ‏@1plur1.

"Extremely insensitive in midst of biggest #refugeecrises. All other options listed are forced on people not chosen" said another tweet from ‏@savita_pawnday.

Other twitter users took to photoshop, changing the struck out words on the Chopra's t-shirt to "COMPASSION", "EMPATHETIC" and "INCLUSIVE" -- leaving only the word "OFFENSIVE".

.@CNTIndia @CNTraveler @CondeNast I was so offended by your latest cover that I had to create an alternative pic.twitter.com/np5TBMPhhn

Condé Nast Traveller said in a statement the message was aimed at challenging stereotypes and how the labelling of people as immigrants, refugees and outsiders is creating a culture of xenophobia.

"At Condé Nast Traveller, we believe that the opening up of borders and the breaking down of walls can help us discover the world, and open up our minds and hearts,' said the magazine.

"So, when we had actor Priyanka Chopra wear a t-shirt we created on the cover of the 6th anniversary issue, we had a point to make."

Chopra is one of the Hindi film industry's biggest stars and one of only a handful of Indian actors who have broken into mainstream Hollywood, starring in the TV series "Quantico" and in the upcoming film based on the "Baywatch" series.