First avenue lit by torches to be revived 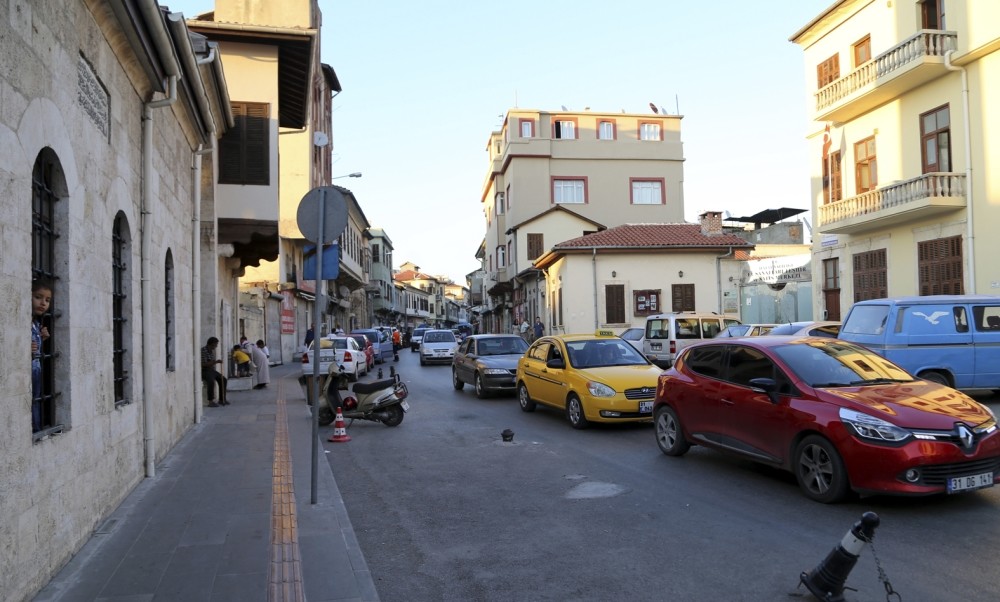 by Anadolu Agency Nov 19, 2016 12:00 am
Herod Avenue in Antakya, which was a shopping hub for wealthy Middle Easterners in ancient times and became the very first avenue in the world lit by torches so people could shop at night, will resume its identity with a project to revive the original street, located 9 meters underground.

Antakya, which bears traces of the first settlers of mankind and various civilizations from the Paleolithic Age to the present day, has made a distinguished name for itself for its natural beauty, the world's first cave-church (St. Pierre), the first mosque built in Anatolia (Habib-i Neccar) and the world's first lit street, Herod Avenue.

Referred to as "Nişantaşı" by the locals, the historic site - still a popular shopping hub for wealthy Middle Eastern tourists - is the most crowded place in the city with old stone buildings and numerous shops.

The 100-meter-long ancient Roman Road with columns, which was left underground as the new city was built on it, will see the light of day with this new project initiated by the Hatay Metropolitan Municipality. Reached via a tunnel located nine meters underground, Herod Avenue will be the center of attraction in Antakya.

According to the Hatay Metropolitan Municipality Mayor Lütfü Savaş, the improvements on Herod Avenue - where the ancient streets of Antakya are located and the market place - are ongoing. Stressing that the most important part of the project is to unearth the ancient Roman Road, Mayor Savaş said: "Back in the day, people from Jordan and Latakia came to Herod Avenue for shopping. In other words, Middle Eastern people preferred Herod Avenue for their shopping sprees. There used to be a king named Herod, and Antakya was in its heyday under his reign. As the city was the center of commerce, daylight was not enough. When people who shopped on Herod Avenue could not finish their business during the day, they felt the need to light up the street at night. This is the first avenue in the world where that innovation took place. Although Herod Avenue was the world's first avenue to be lit up, its popularity was due to the trading volume of the region."

Savaş said their main objective is to turn the avenue into a center of attraction once again, and they used an x-ray over the entire area from Habib-i Neccar to the northeastern part of the city. Indicating that the area was also scanned with a ground-penetrating radar, the mayor continued: "We discovered paving stones located 9 meters underground. We will open a tunnel to the old road and light up the tunnel with LED lights. We plan to build a 100-meter-long walking trail. While we revive the ancient road, daily life on the modern Herod Avenue will continue."

The project kicks off in mid-2017 following consultations with the Council of Monuments and officials from museums and universities. Once the project is realized, Herod Avenue will contribute to the economy of the city as well as shop owners, authorities claim.
RELATED TOPICS