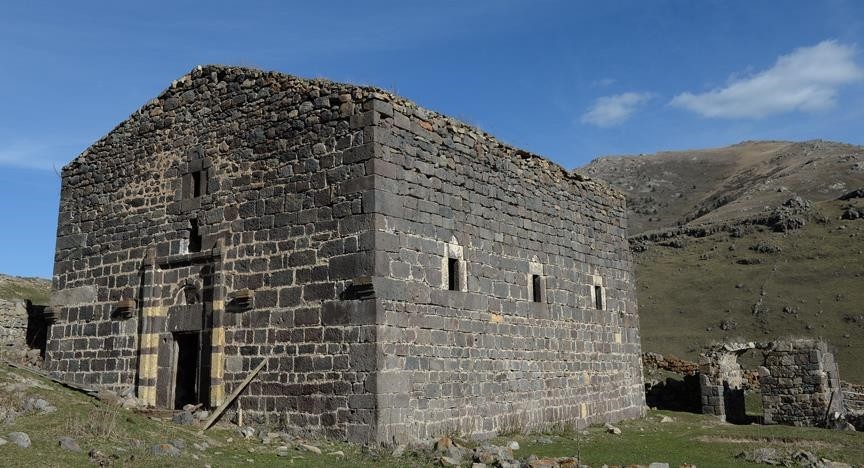 by Anadolu Agency Nov 21, 2016 12:00 am
A Greek church with a history dating back to the mid-1800s in northern Turkey's Giresun province has been guarded by a local Turkish family for years, preserving it from treasure hunters and physical wearing.

Lying in the city's Kırkharman highland, the namesake church has not undergone any thorough restoration yet but the family has been looking after it since the 1940s. Adnan Zıvalı, 60, a local villager and his father live near the church and take care of it.

Remaining in its authentic form, the church was abandoned following the population exchange between Greece and Turkey. The area where the church lies was densely populated and had a school and a market area. "There were some other churches around but this one is the only one that stands still," said Kemal Gürgenci, the head of the provincial and culture directorate.

The family has to leave the highland in the harsh winter, however, Zıvalı goes to check it occasionally as some treasure hunters go to the church. The church's inside area has beautiful decorations, a product of the Greek craftsmen that used to live there years ago. Zıvalı's grandfather settled in the highland in 1938 and since then the family has been putting in effort to look after it as much as possible.

"The family has kept treasure hunters away. The church was temporarily used as a storage facility in the past," Gürgenci noted, adding that the church needs to undergo comprehensive restoration to better promote it as a tourist attraction.
RELATED TOPICS