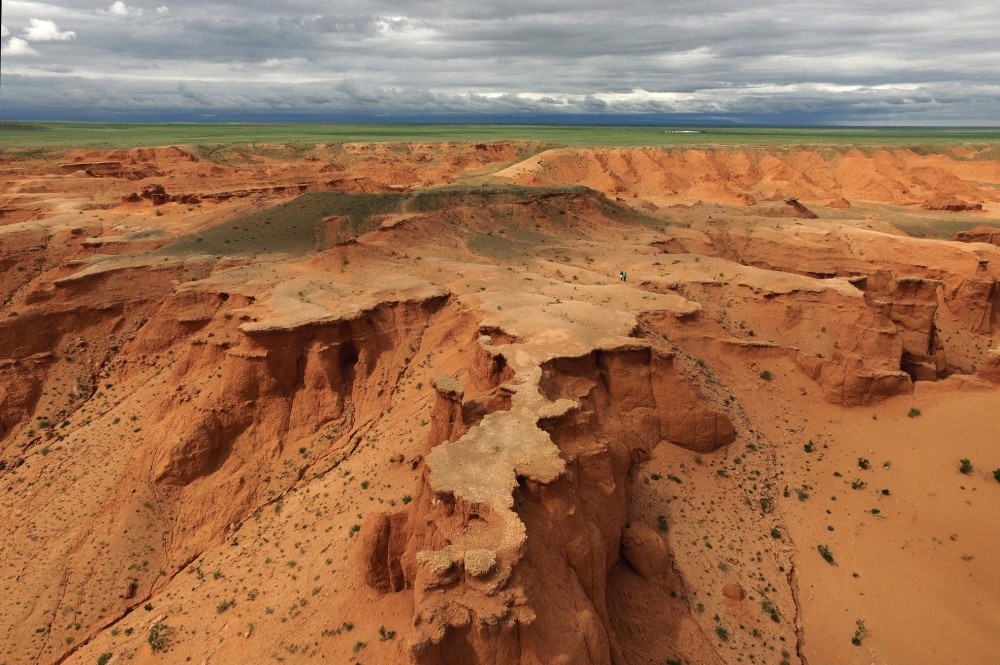 by Feb 01, 2017 12:00 am
A technology-wielding archaeologist billed as a real-world "Indiana Jones" on Monday launched an online platform that lets anyone discover archaeological wonders and fight looting.

A "citizen science" platform that space archaeologist Sarah Parcak wished for a year ago as part of a coveted TED prize went live at GlobalXplorer.org .

ind's collective resilience and creativity," Parcak said in a release.

"With GlobalXplorer we are empowering a 21st century army of global explorers to discover and protect our shared history."

A video of Parcak unveiling the wish was posted online Monday at www.ted.com.

GlobalXplorer blends satellite imagery with pattern-hunting of a sort to make a game of spotting clues to the whereabouts of antiquities or looting.

Visitors to the website are invited to sign in and take a quick tutorial before virtually hunting relics and thieves.

Spending time scrutinizing satellite imagery lets people "level up" as in video games and earn rewards such as a chance to virtually join archaeologists on actual digs.

"Now our stories are safeguarded by millions rather than just a handful."

Only tiny sections of imagery are shown, along with broad location data such as what country is involved, to avoid being a resource for looters seeking tips of where to search.

DigitalGlobe, which specializes in capturing high-resolution pictures of the Earth from space, said that it provided more than 200,000 square kilometers of satellite imagery of Peru and a customized version of an online crowdsourcing tool.

National Geographic and Sustainable Preservation Initiative were listed among collaborators on the project.

Archaeologists will follow up on sites pinpointed by the "crowd," paving the way for protection from governments or law enforcement agencies "As soon as they see new or destroyed sites from space, we will be there on the ground to investigate and protect them," said SPI founder and executive director Larry Coben.

Parcak condemned destruction of antiquities by the likes of violent extremists from Daesh and saw looting done by the desperately poor as "heartbreaking."

The TED Prize provides a million dollars to kickstart a big vision and opens a door to call on the nonprofit organization's innovative, influential and ingenious community of "tedsters" for help.

Her work has caused some to refer to Parcak as a real-world version of the Indiana Jones character made famous in films starring Harrison Ford.

Parcak is a professor at the University of Alabama at Birmingham, where she founded the Laboratory for Global Observation.

She has won attention for her work satellite mapping Egypt and uncovering hidden pyramids, tombs and settlements.

The annual TED Prize has grown from $100,000 to a million dollars since it was first awarded in the year 2005, to U2 band leader Bono and his vision of fighting poverty and disease.

Since its inception in 1984, TED has grown into a global forum for "ideas worth spreading" and has won a worldwide following for trademark "talks" during which accomplished speakers deliver thought-sparking presentations.
RELATED TOPICS