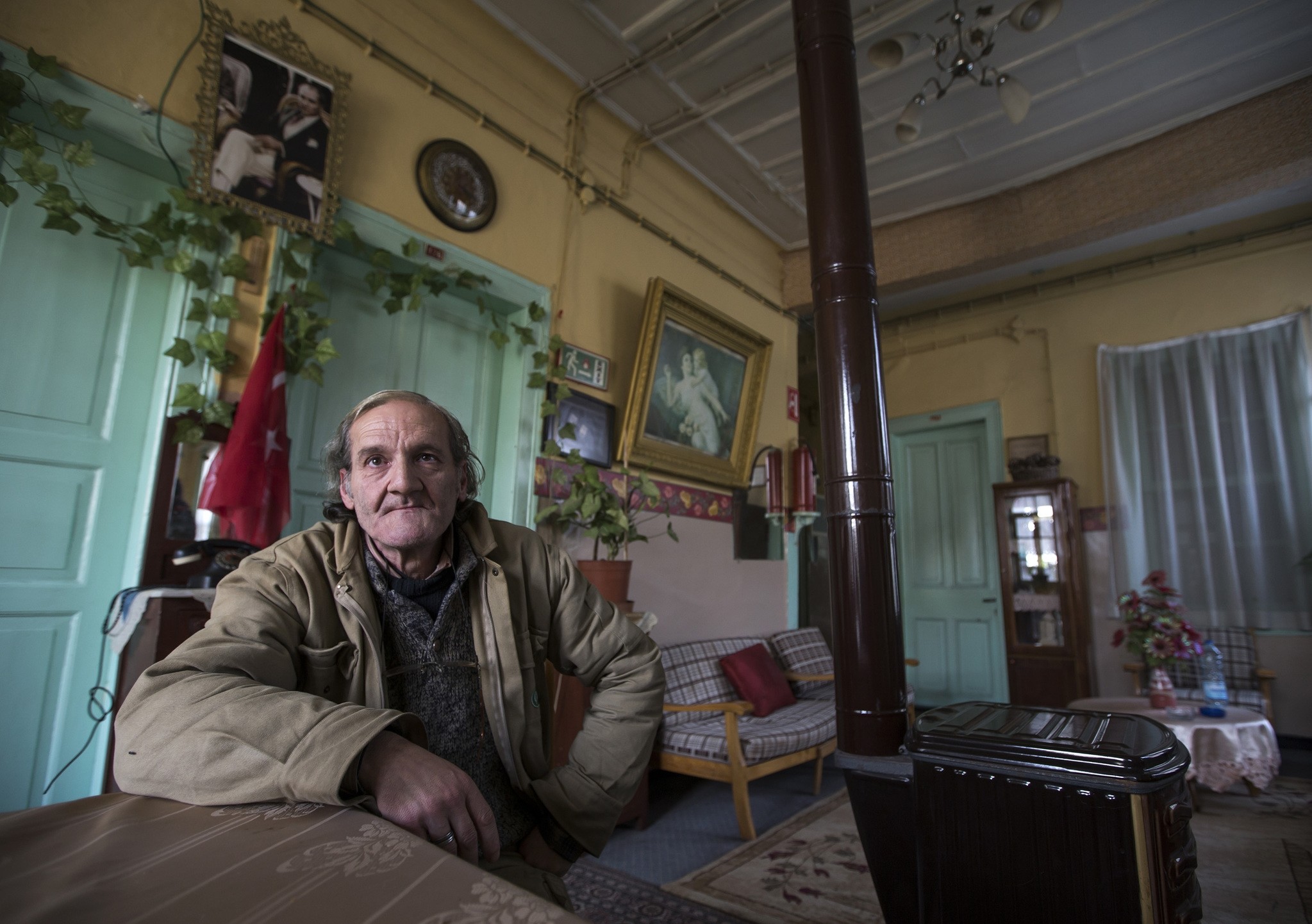 u0130hsan Adnan Ercan
by Anadolu Agency Feb 14, 2017 12:00 am
A century-old hotel in the western İzmir serves guests with a very authentic purpose: You can stay as long as you want, even years.

At the Yeni Şükran Hotel, near the city's historic Kemeraltı Bazaar, some guests have been staying there for more than 20 years. One of these guests is İhsan Adnan Ercan, a 60-year-old man who has been living in one of the hotel rooms since he broke up with his wife. Staying there for around 25 years, Ercan hasn't seen his wife and children since the breakup.

Ercan considers the hotel his home and spends two-thirds of his pension on renting a room. "I feel much happier here than living in an apartment. It is so peaceful," he said. When he divorced, he found a house to share with a friend, but then his friend disappeared without paying the bills. "I had no choice but to return to the hotel again. Since that day, I have never thought about leaving," Ercan continued.

Although he tried to live with a friend, Ercan said there was something missing and that the hotel provides a cozy place with other people he can relate to. In his first attempt to move, Ercan did not get on well with his landlord and in the second, he was all alone after his friend left.

Even more interesting is there are seven other long-term guests at the hotel. "Now the other guests and I are a family. I do not feel lonely here. Every day, we have breakfast together, and they leave for work. Since I am retired, I go for a walk or watch TV," he continued.

Opened in 1905, İlyas Camtaş, the owner of the hotel, said they normally offer accommodation for short-term guests, but they do not want these people to have to live elsewhere since they are happy to live at the hotel.
RELATED TOPICS