Love is in the air at Kocaeli zoo on Valentine's Day 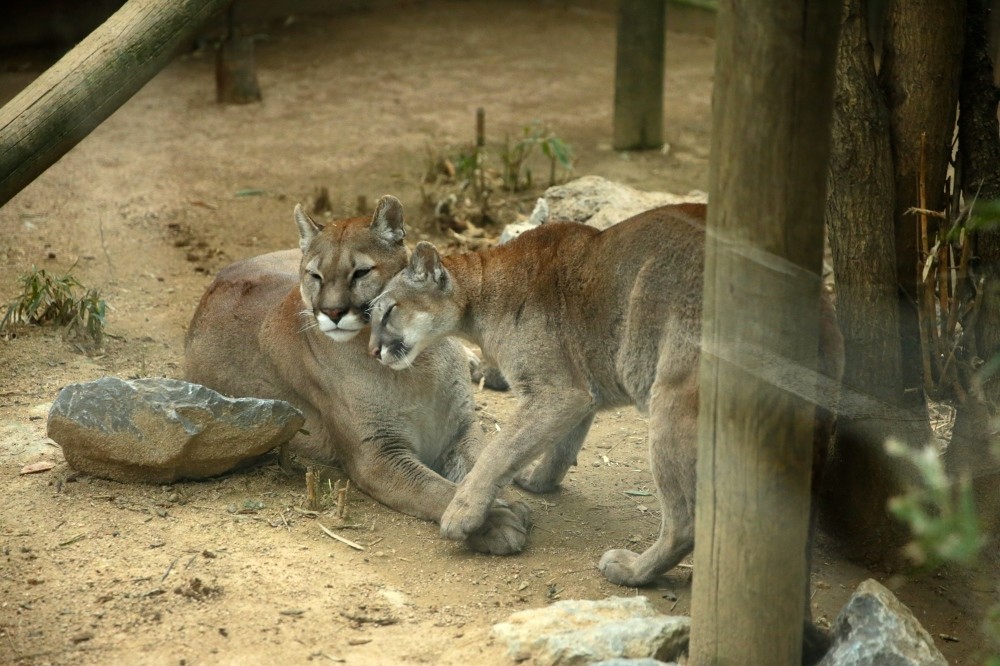 by Anadolu Agency Feb 15, 2017 12:00 am
An animal zoo in Turkey's western city of Kocaeli was filled with the spirit of Valentine's Day yesterday with heart-shaped treats being given to animals.

Staff at the Faruk Yalçın Animal Zoo in the city's Darıca district distributed Valentine's Day-themed goodies to animals yesterday and brought together coupled animals that are normally separated. Duruk and Sinem, a lion couple, came together after 30 months apart for Valentine's Day. Duruk was taken to another section after he rejected his triplets, which were brought to another zoo in the coastal city of Antalya.

Love was in the air in the zoo's other sections where a rhino named Samir met her new partner Komala for the first time. They saw each other from a very close distance. As of April, the two will be staying together. Samir is Turkey's first rhino, which arrived in Kocaeli after a weeklong journey from Edinburgh in 2015.

Gökmen Aydın, the zoo's training manager, said that they wanted to gather loved-up animals so they could spend some time together on Valentine's Day and get better used to each other. Lovely scenes were witnessed at the zoo, with a bear holding a gift and the staff also treated the zoo's lonely animals like Sherlock, a 3.5-year-old lion that lives alone. Despite becoming one of the zoo's most popular animals, Sherlock has not yet found a partner. A heart-shaped food package was given to him to treat the lion on this special day. "We have not yet found a partner for Sherlocku. He has been living alone for a long time," Aydın said.
RELATED TOPICS