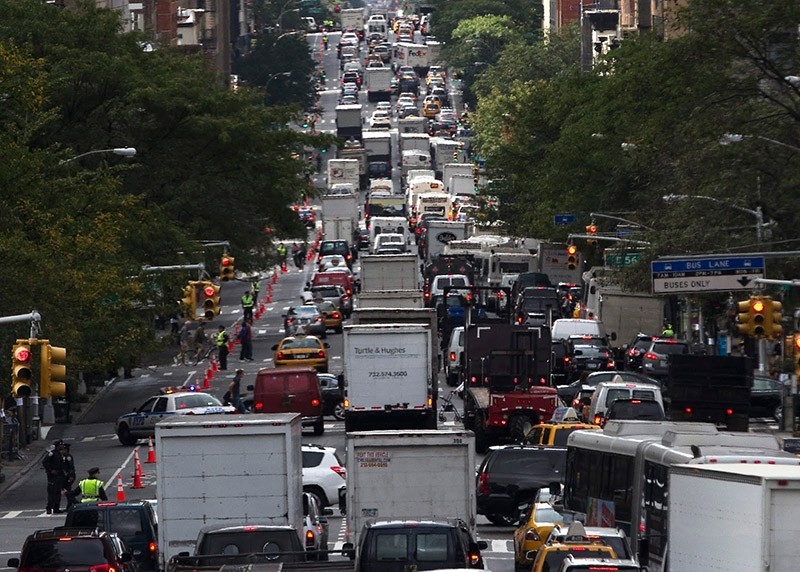 | Reuters File Photo
by Feb 20, 2017 12:00 am
Traffic jams cost U.S. drivers an average of $1,200 a year in wasted fuel and time, and much more in Los Angeles, the city with the world's biggest rush hour traffic delays, according to a study by INRIX Inc released on Monday.

INRIX, based in Kirkland, Washington, aggregates and analyzes traffic data collected from vehicles and highway infrastructure. The company said the latest edition of its Global Traffic Scorecard report was based on 500 terabytes of data from 300 million sources.

U.S. traffic congestion is not a new problem, but it could get renewed attention if President Donald Trump pushes for a large-scale infrastructure investment program as he has promised.

Chronic traffic jams are a concern for global automakers, and some major cities have begun to limit private motor vehicle access to central city areas.

The INRIX study sliced data in different ways. Los Angeles drivers spent an average of 104 peak drive-time hours fighting slow traffic during 2016. That put Los Angeles at the top of the list of cities where drivers spent the most hours stuck in slow rush hour traffic.

The worst stretch of road in the United States is New York City's Cross Bronx Expressway, where drivers on the 4.7 mile (7.5 km) road spent an average of 86 hours a year staring at the bumper of the car ahead.