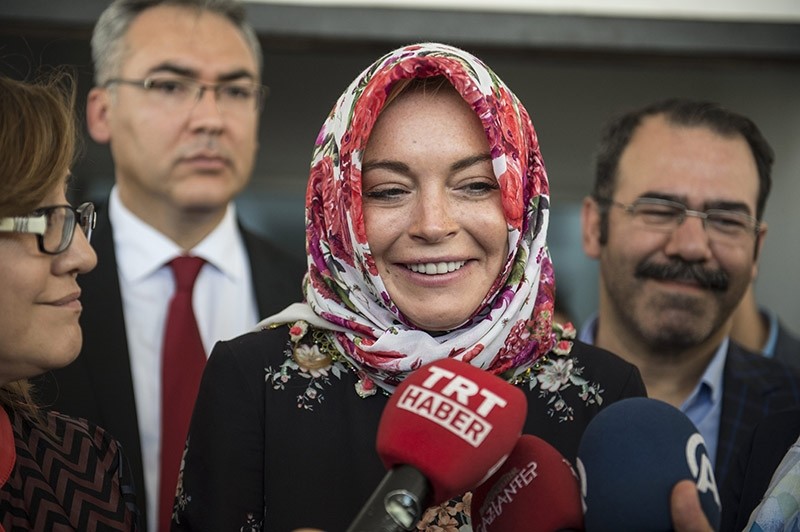 American actress Lindsay Lohan told a British talk show Tuesday that she was "racially profiled" while wearing a headscarf in London's Heathrow Airport.

Lohan told Good Morning Britain host Piers Morgan, "When I was flying to New York recently, I was wearing a headscarf and I got stopped at the airport."

The Mean Girls star was returning home after a visit to Turkey, where she had met with President Recep Tayyip Erdoğan. She explained that she wore a headscarf in Turkey out of "personal respect."

She then said that after stopping her, an airport worker opened her passport and saw the name 'Lindsay Lohan' and began apologizing but still asked, "Please take off your headscarf."

"What scared me in that moment, was how would another woman, who doesn't feel comfortable taking off her headscarf, feel?" Lohan expressed.

According to gov.uk, "If you're wearing headgear for religious or cultural reasons, you can ask for it to be checked using a hand-held scanner so you don't have to remove it."

Lohan, who has been photographed carrying the Quran, recently opened up about her relationship with Islam on a Kuwait talk show. She said that she finds solace in the Muslim holy book, and tried fasting for three days during Ramadan.
Last Update: Feb 22, 2017 11:55 am
RELATED TOPICS