Game of Thrones' Kingslayer in Kenya to save earth 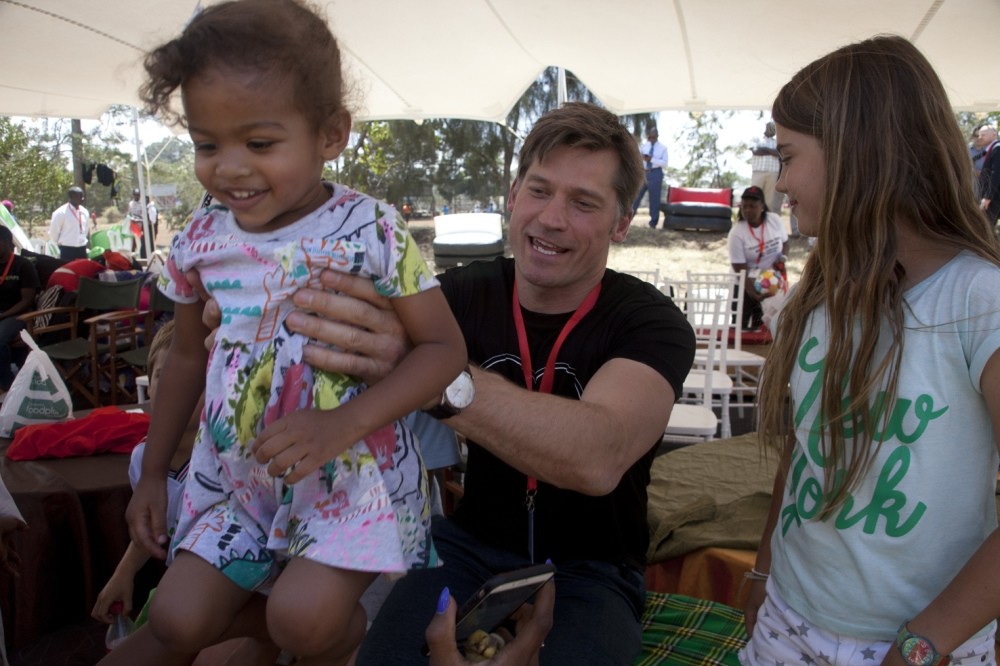 by Anadolu Agency
Mar 07, 2017 12:00 am
Popular "Game of Thrones" actor Nikolaj Coster-Waldau was in the Kenyan capital of Nairobi on Sunday to bring attention to poverty by supporting the "17 Global Goals" - a set of goals designed to tackle the planet's toughest challenges by 2030.

In an exclusive interview with Anadolu Agency (AA), the 46-year-old actor said his mission in Kenya during his two-day visit was to fight poverty and promote gender equality by supporting women empowerment, as well as other world problems.

He said he had to fight - although not like in the "Game of Thrones" where he wears armor made of "Valyrian steel" and wields a long sword - but to use his "spotlight as an actor to fight for a better future for women and girls, for those who inhabit the earth."

"I am here to fight against three things which might hinder us from achieving our set goals, including poverty, inequality and awareness about protecting our planet," he explained.

"What I like about the concept of the global goals is that the only way to solve these major problems we face is to look at it globally. It is in everyone's interest to raise people out of poverty because if you are hungry, if you can't even sustain yourself, how can you sustain a family or country?" he said, adding, "The good news is that every day 250,000 people rise out of extreme poverty, so of course we have to keep doing more," he said.

Coster-Waldau added that he was looking forward to the day when climate change, gender violence, inequality and poverty "will be things of the past" after the world achieves the 2030 Sustainable Development Goals (SDGs), which was created by world leaders in 2015.

Ulla Pedersen Tornes, Denmark's minister for development cooperation, said that together with the United Nations, her home country was focusing on empowering young people, girls and women so that their voices could be heard locally and globally.

"Gender equality and women's rights are not just human rights. They are important in every society. We want to work together to ensure that girls and women have the same rights and equal opportunities in today's society," she said.

Siddharth Chatterjee, U.N. resident coordinator to Kenya and UNDP Kenya resident representative, noted that the U.N. Sustainable Development Goals were "crucial in setting the development agenda, as well as for advancing all citizens towards achieving sustainable and equitable human development, guaranteeing that no one gets left behind."

"Therefore, this is an excellent opportunity to bring people together to engage and raise awareness of the most pressing challenges of our time," she said.

Dr. Wangui Muthigani, the maternal and newborn health program manager at the Ministry of Health said that her team "Mama's United" - in which she played - sought to support goal number three in the SDGs, which is for good health and well-being of mothers and newborn babies.

Her team played football to "kick unwanted and preventable maternal and newborn deaths," she said.

Thousands who attended the event to see their favorite actor for the first time hounded Coster-Waldau about the next season of "Game of Thrones," which premieres in July, but the actor refused to budge, saying "no spoilers."

According to the U.N., the Global Goals World Cup (GGWCup) - where four teams play a knock-out style tournament - began in Copenhagen in 2016 as a tribute to the power of sports to change the world.

The winning team will get a spot in the global final to be held in New York City in September 2017.