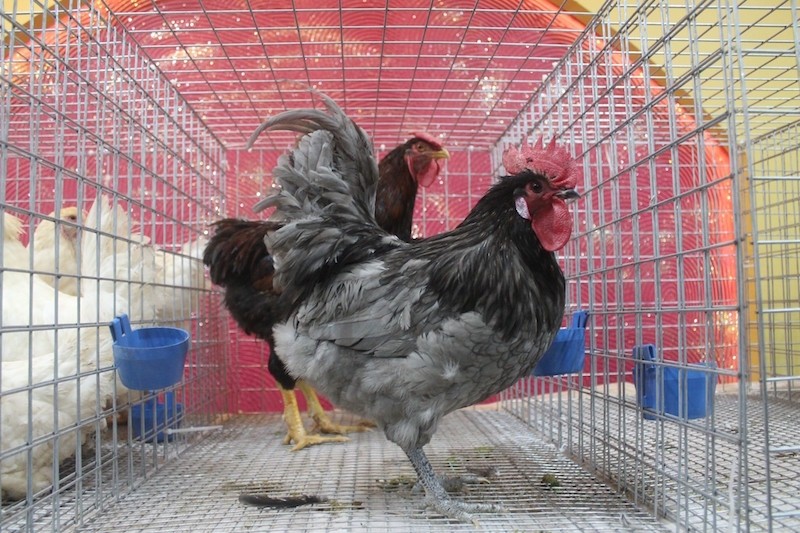 Bird caretakers came to the auction from cities across Turkey because of the auction's wide array of species.

Speaking at the auction, the association's president, Yaşar Boşnak, said "In the spring of 2017, we are all together on this beautiful day with our friends who have come from all over the country. We have great participation in our event, where you can find beautiful animals from various species."

The auction sold between 70 and 80 types of birds, with each species presenting between 10 and15 different color varieties.

"These animals have been standardized in their European branches, and have been rated in accordance with European standards," Boşnak said.

Noting that each species has its own value, Boşnak explained that the Sultan, Denizli, Gerze and İspenç chickens are all indigenous species that are soon to be registered as Turkish ornamental chickens.

Many people were interested in the Sultan and Brahma chicken varieties, which opened at 500 lira and sold for between 8,000 and 10,000.

In addition to ornamental chickens, the auction offered a variety of peacocks and roosters. The eggs of ornaments chickens were also on sale at the auction.