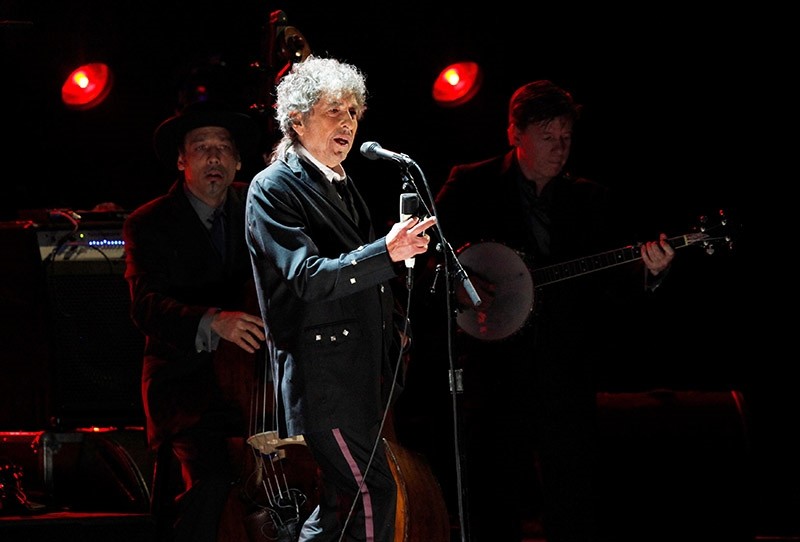 Bob Dylan at long last received his 2016 literature Nobel medal and diploma during a private ceremony at an undisclosed location in Stockholm on Saturday.

Members of the Swedish Academy told broadcaster SVT that the rock legend received his award at a private ceremony shortly before he took the stage at the Stockholm Waterfront for the first of his two sold-out concerts in the Swedish capital.

The low-key ceremony attended only by members of the Academy was in line with Dylan's wishes.

Sara Danius, the Academy's permanent secretary, was one of the members who attended his concert on Saturday evening.

She told SVT that Dylan had received the award, but declined further comment or where the handover took place.

Earlier this week, Danius said the ceremony was to be private and no media would be present.

Horace Engdahl, another Academy member, nodded affirmatively when SVT asked if Dylan looked happy when receiving his award as did co-members Sture Allen and Kjell Espmark.

Dylan, 75, was cited in October for creating "new poetic expressions within the great American song tradition."

The Literature prize is one of the awards endowed by Swedish industrialist Alfred Nobel, the inventor of dynamite.

Traditionally, the Nobel awards are presented on December 10, marking the anniversary of Nobel's death in 1896.

Dylan was however unable to attend that event, citing other commitments.

His Nobel lecture - a prerequisite to receive the cash award worth 8 million kronor (930,000 dollars) - must be held latest June 10. Usually it is held a few days before the December 10 ceremony.

Earlier this week, Danius said Dylan's lecture was to be taped and "sent at a later point."

Dylan's concert on Saturday took place the day after he released "Triplicate," a three-disc album of classic American songs including "As Time Goes By," "Stormy Weather," and "Sentimental Journey."

He has received numerous accolades including an Oscar and Golden Globe for the composition, "Things Have Changed," from the 2001 movie "Wonder Boys."

In 2012 he was awarded the Presidential Medal of Freedom, the highest civilian honour in the United States, and in 2008 won a special Pulitzer Prize.

After performing in Stockholm, Dylan's tour takes him to Oslo, Norway, Copenhagen, Denmark and Lund, southern Sweden, before he heads to venues in Germany, including Hamburg.