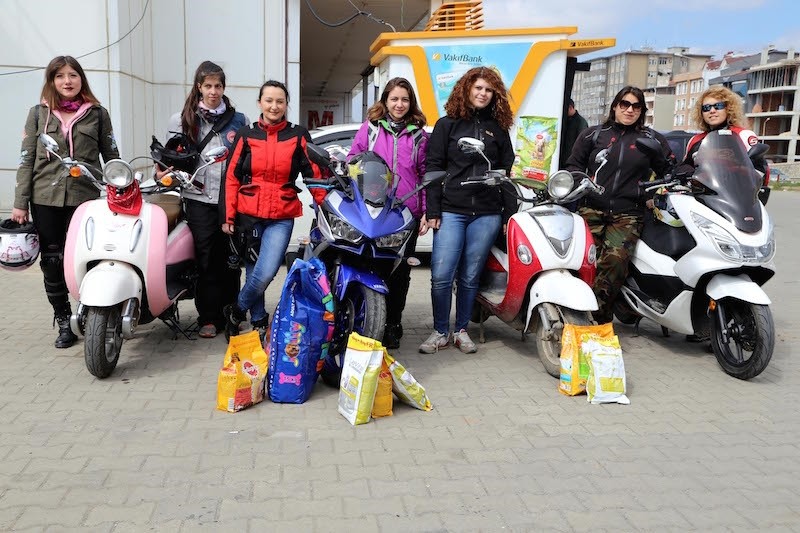 Members of the Women's Ornamental Motorcycle Club in the Süleymanpaşa district of western Turkey's Tekirdağ created a convoy of motorbikes and toured the city to draw attention to street animals.

Beginning from Tekirdağ's costal area, members of the group drove in a convoy along with motorcyclists from the "Anatolian Tigers."

At the end of the drive, the motorcyclists left over a dozen bags food for the stray street animals in the Değirmenaltı neighborhood of the city.

Chairman of the motorcycle club, Kübra Ağlamaz, explained that every person must feel compassion to feed street dogs and cats.

Expressing that the group revved their engines to raise awareness of the street animals, Ağlamaz said, "We are women who are aware of our social responsibilities. Today we are going to feed our friends on the street with the sense of responsibility and compassion of being human."

Thanking everyone for their work, Ağlamaz added that the group left 300 kilograms of animal food for the street dogs and cats after the motorcycle convoy.