Indonesia's 'selfie monkey' threatened by hunters for its meat 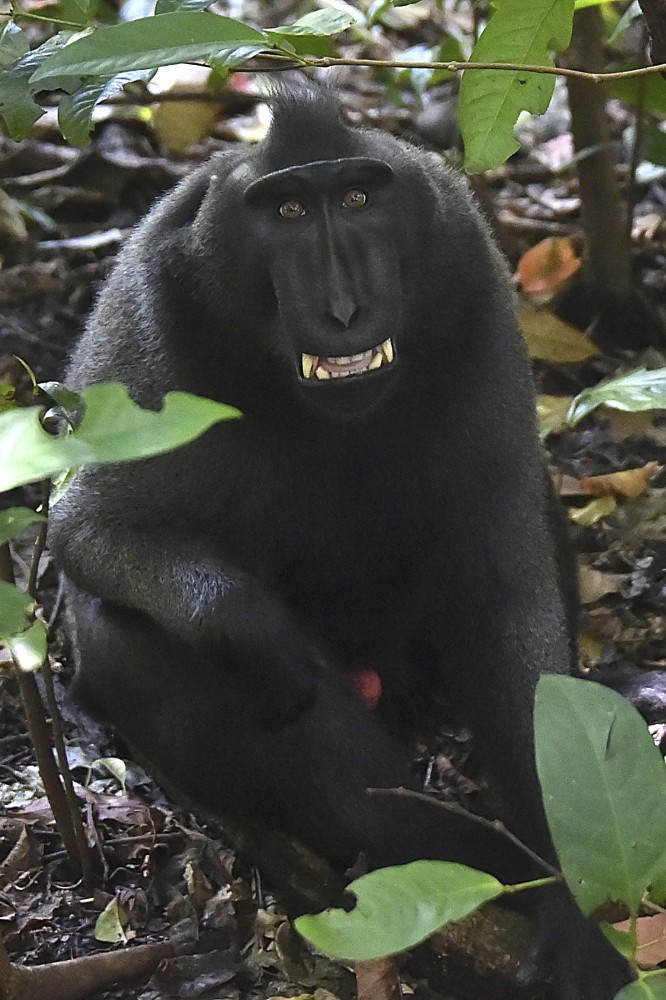 by Apr 04, 2017 12:00 am
The crested black macaque monkey rose to fame when one snapped grinning selfie leading to a U.S. court battle. However, the tussle over a copyright is the least of the rare animal's worries.

In a remote corner of their native Indonesia, amid smoking volcanoes and dense jungles, the monkeys face a far greater threat where they are aggressively hunted for meat.

"In other places some macaque species are facing extinction because of its shrinking habitat," Yunita Siwi from Selamatkan Yaki, a foundation that campaigns to protect the primates, told AFP. "But here the habitat is getting smaller and people are eating the monkeys," Siwi explained.

Authorities and activists are stepping up their efforts to persuade villagers on Sulawesi Island to stop consuming the critically endangered monkeys, one of the many exotic creatures included in the local indigenous community's diet.

Scientifically named macaca nigra, the monkey is part of a kaleidoscope of exotic wildlife found across Indonesia, including tigers and orangutans, all of which face a range of threats ranging from poachers to the destruction of their habitats.

On a recent trip to Sulawesi's Tangkoko nature reserve, some of the amber-eyed, black-haired macaques, known in the local language as "yaki," frolicked in a small river, while others climbed palm trees and knocked coconuts to the ground.

Among the monkeys living in Tangkoko is Naruto, who shot to fame after grabbing a British wildlife photographer's camera and snapped some selfies.

The pictures led to a legal fight when the animal rights activists from the People for the Ethical Treatment of Animals (PETA) brought the case to a San Francisco court arguing that Naruto should own the photos' copyright, a claim rejected by a judge last year.

The approximately 2,000 monkeys living in the 8,800-hectare reserve enjoy protection because they are in a restricted area, but that is not the case for an estimated 3,000 others in jungles elsewhere in the province of North Sulawesi.

A largely Christian group in the world's most populous Muslim-majority country, the macaque's meat is prized by the ethnic Minahasan people who have no reservations about eating exotic animals, unlike Indonesia's Islamic communities.

"I like the taste, hot and spicy, it is similar to wild boar or dog," Nita, a 32-year-old local Minahasan who only gave her first name, told AFP.

In a market in Tomohon city, a stomach-churning array of burnt, mutilated animals was up for sale.

Offered flame-roasted and whole with pained grimaces etched on their faces, the black crested macaques were for sale alongside piles of flayed pythons, burnt bats and dogs.

The macaques, along with some other animals at the market, are protected by Indonesian law and officials have raided the site in the past, leading to violent clashes with the vendors.

But the trade in exotic creatures seems to still be booming during a recent visit, with some local travel agents even offering tours to adventurous foreign travelers.

The demand for the meat has prompted Minahasan hunters to search far and wide for the macaques, often heading off in pickups to remote parts of the island.

The International Union for Conservation of Nature classifies the monkey as critically endangered. As well as being threatened by their status as a local delicacy, the monkey's natural habitat is being destroyed by the expansion of settlements and agricultural lands.
RELATED TOPICS