Chile desert combed for clues for life on Mars 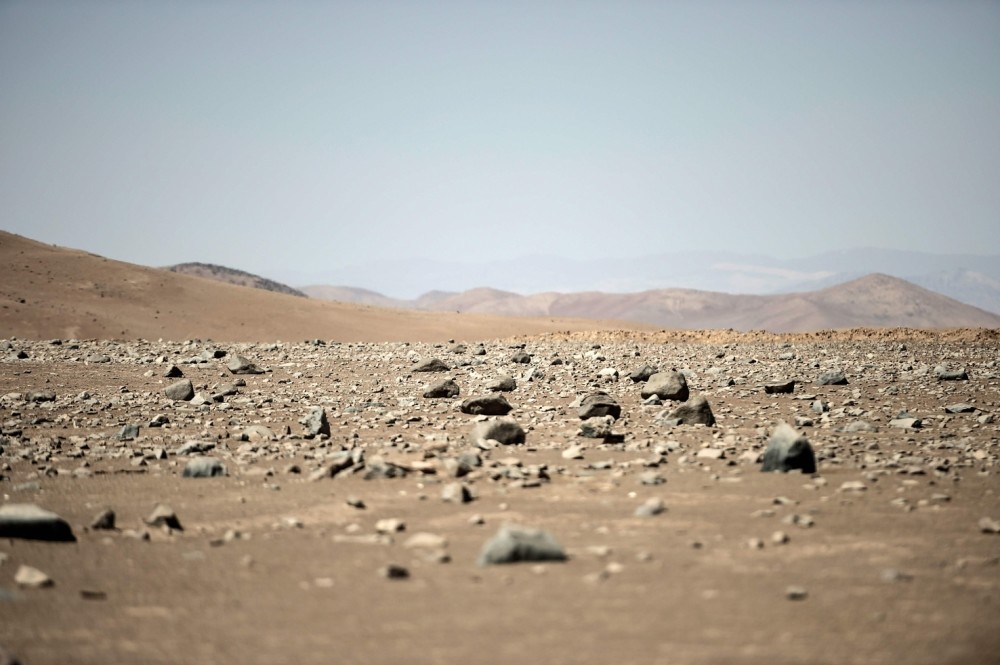 Yungay Atacamau2019s desert zone is one of the most arids on the planet, and also one of the most similiar areas to Mars.
by Apr 07, 2017 12:00 am
Chile's Atacama Desert may seem to contain little besides red-grey rocks and sand, but scientists are busy searching here for clues to life in a place it much resembles: Mars. This desert in northern Chile, like the red planet, is hot, dusty and extremely dry. Yet life exists here: tiny algae and bacteria that have evolved to survive in the parched earth on little more than sunlight. If they did it here, then why shouldn't they be able to it 225 million kilometers (140 million miles) away on Mars?

"If life existed there, it would probably be very similar to life here," says biologist Cristina Dorador from the nearby University of Antofagasta. "We do not know if that is the case, because we do not have any evidence."

"But if we manage to understand how these micro-organisms live, how they obtain moisture and how they adapt to these conditions, then probably very soon, when we have more information about life forms on other planets, we will have something here on Earth to compare it with," she added, as she broke up bits of rock salt in an area of the desert known as Yungay Station.

Dorador will analyze the fragments in a mobile laboratory which she drives around the desert in search of tiny life forms.

She is one of dozens of scientists from various countries working on different Mars-related projects in the Atacama Desert.

Separately, U.S. space agency NASA in February carried out its second phase of practice-drilling for samples in the earth of Atacama with specially designed rovers.

"If life exists or ever existed on Mars, the planet's surface dryness and extensive (sunlight) radiation exposure would likely drive it underground," NASA said in a report. "That makes locations like the Atacama good places to practice looking for life on Mars."

If fossil life on Mars resembled Atacama, it could shed light on our own origins.

Space agencies and science fiction writers alike have long been fascinated by Mars, one of the closest planets to Earth.

The Soviet Union and United States started aiming probes there in the 1960s.

For the past four years NASA has had a robot, Curiosity, on the planet searching for life.

It has sent back photographs of the planet's surface whose grey rocks look much like those of Atacama.

NASA plans to send a second robot there in 2018. In 2020, Russia and the European Space Agency also aim to send one to drill the Martian soil.

U.S. President Donald Trump has taken up his predecessor Barack Obama's pledge to send humans to Mars in the 2030s.

Scientists have recently detected traces of water and methane gas on Mars, raising hopes of finding life there.

Within our solar system, there is nowhere but Mars with such conditions for life, Nitschelm says. "If there is no life on Mars, there is none anywhere" but on Earth, he says.
RELATED TOPICS