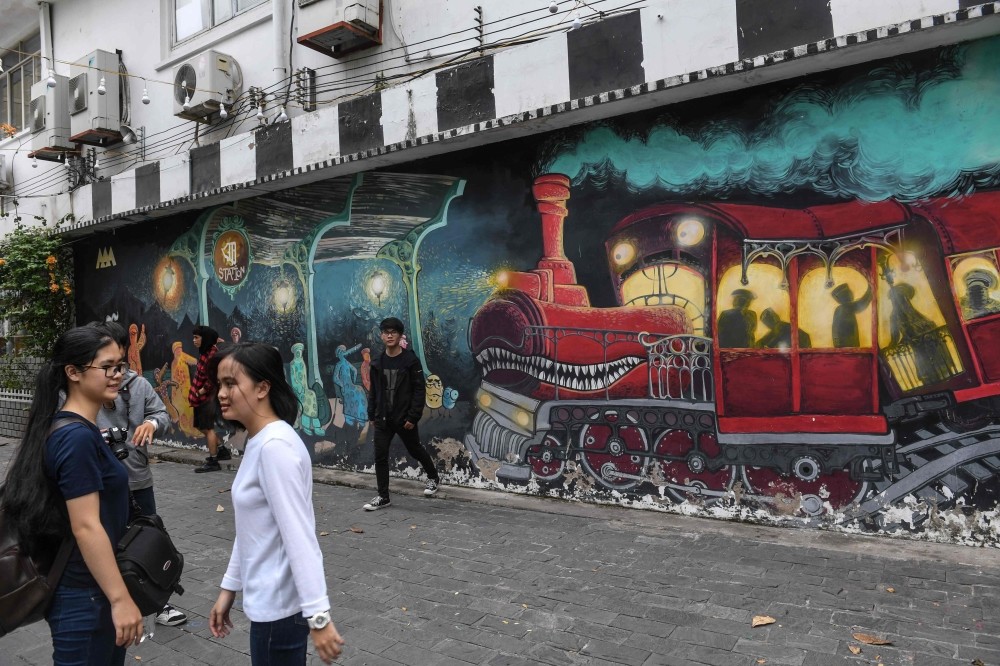 Having become the most prevalent form of street art around the world in recent years, graffiti now colors the walls in the Vietnamese city of Ho Chi Minh, widely known as Saigon, despite being unwelcomed by authorities

Shrouded by fumes and surrounded by spray cans, Vietnamese graffiti artist Kong conjures his latest masterpiece, a monkey clutching an aerosol, a color-splashed act of rebellion in a communist country where the youth are expected to follow strict social mores.

"Young people want to break the rules," said the 21-year-old, his fingers speckled with paint.

"We want to see more interesting things on the street or on the wall, so we do graffiti to express ourselves."

Kong belongs to the growing ranks of graffiti artists in Ho Chi Minh City, where subcultures -BMX biking, skateboarding and breakdancing - jostle for space on the hipster scene.

For many the spray can is a tool of rebellion - illicit spray-painting is a way of defying restrictions in an authoritarian country where artists must have their work approved before exhibitions, shows are routinely shut down, and works deemed controversial are replaced by a black "X" on gallery walls.

But Kong knows better than to dabble in politics, opting instead to paint playful images less likely to incur the wrath of censors in the authoritarian nation.

Yet many artists like him believe there is something almost political in the very act of spraying a wall - and rejecting parents' expectations to find a stable job.

Kong fell into graffiti as a teenager, bored with online gaming and looking for a creative outlet.

But his parents didn't approve, hoping instead he might find a steady office job.

"They still don't like it... they think it's a dangerous game and it's bad for my health because of the spray paint," he said with a chuckle.

From colonial to cool

Ho Chi Minh City is now a graffiti hotspot, thanks to pioneering artists - both local and foreign - eager to fill blank wall space.

Today, the city has several hubs for graffiti and street art, such as "3A Station," a collection of colonial buildings that were reportedly occupied by the CIA during the Vietnam War.

The walls are bursting with color and plastered with art -- including Kong's wide-eyed primate and a massive rooster wearing sunglasses -- luring tourists taking Instagram-worthy selfies.

Though not technically allowed, police tend to turn a blind eye.

And residents have come to love the free art for the most part, said Danny Daos, a local graffiti artist.

"The government doesn't like us [...] They (used to say) that we make the walls dirty, but the people like us so we do our graffiti," he said. 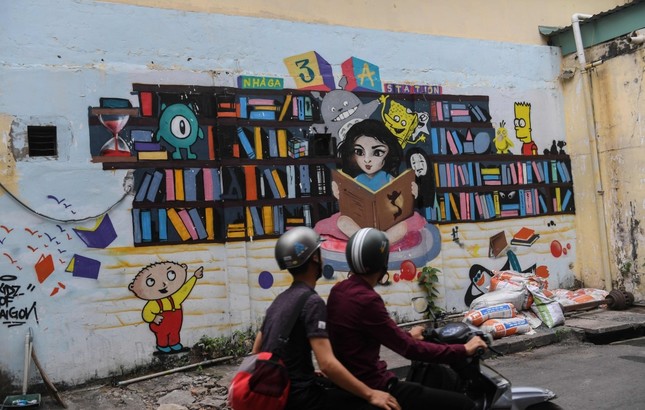 Yet even some seemingly tame images have been subject to vandalism.

One mural promoting environmental safety was defaced in the central city of Danang, though the artist doesn't know who took issue with it.

Acts like these may deepen the reluctance of some young artists to take on controversial topics.

"In school they've been taught how to think and what to think, so I think there's some ingrained censorship for sure," said Dan Nguyen, a California-born Vietnamese artist and DJ who moved to Ho Chi Minh City about five years ago.

But perhaps the biggest threat to the artwork today is a construction boom, which some public pieces have already fallen victim to."Now the city is growing up, development with a lot of building, a lot of security, so it's really hard for us to paint masterpieces," said Daos.

Hemmed in by towering high-rises on all sides, the colonial properties home to "3A Station" have been sold to developers hungry to get their hands on the valuable downtown land.

Occupants have been told it will be demolished within weeks.

Though heartbroken, 3A's coordinator Mai Do believes Ho Chi Minh's graffiti culture will grow, even after her space is gone, as artists are finding new spots showcase their work.

She added: "That's a good way for them to survive."
RELATED TOPICS