Ottoman themed mobile game ready to take over your smartphones 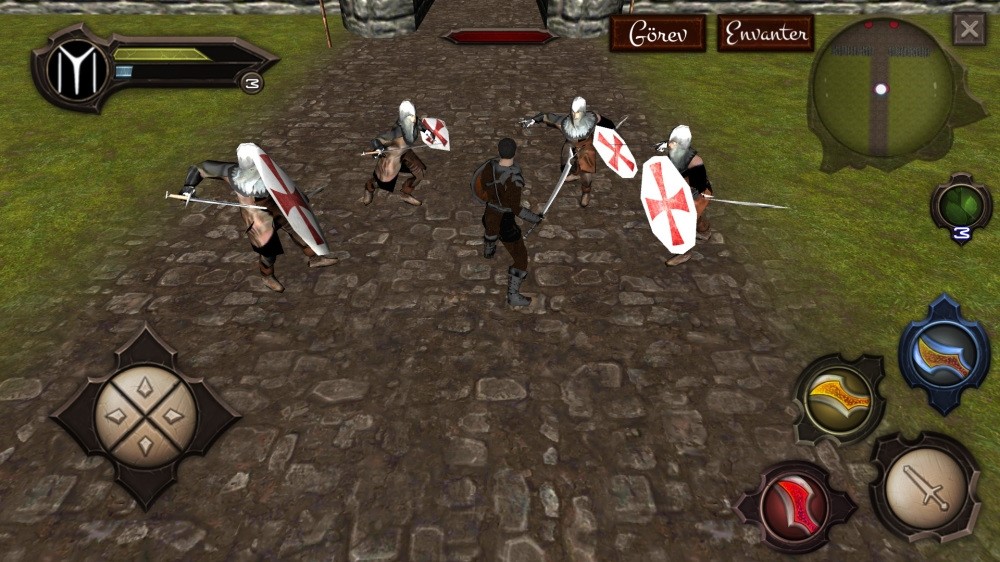 by Daily Sabah with AA Apr 17, 2017 12:00 am
Ertuğrul, the khan of the Kayı tribe of the Oghuz Turks and the father of Osman I, the founder of the Ottoman Empire, is now the main character of a new mobile game developed by a 20-year-old university student.

Thanks to rising interest in the Ottomans, Turkey has been under the Ottoman wind effecting the fashion scene to the TV sector for a few years now. The epic life of Ertuğrul, who left his mark on world history, is among the most recurring themes on TV as well with a series focusing on the Turkic leader's life. Now with the venture of a Turkish university student, Ertuğrul comes to the 21st century in 3D on our smartphones and tablet computers. The game entitled "Ertuğrul 3D the Kayı Tribe" focuses on the Kayı Tribes struggle with the Crusaders and the Mongols.

Umut Burak, who studies at the Department of Mathematics of İzmir Institute of Technology, finished the software of the game in six months by working more than eight hours a day.

Having an interest in Turkish history and culture since he was a little boy, Burak wanted to develop a mobile game about Turkish history, believing the sector was lacking that particular part. "Not having a game about Turkish history, especially Ertuğrul, was a lack that needed to be filled. I believe that the gaming industry is as important as TV and cinema sectors of a country. We are living in the age of the internet; young people spend most of their time on computers or smartphones instead of in front of the TV. Having a game on history is good for a country wanting to promote their culture," Burak said.

Burak claimed that game development and software writing is a low-budget sector that is growing with the effort and imagination of human beings. "For countries like Turkey, which has a young population, it is expected to be a leading force in the software industry," said the 20-year-old enterpreneur. "However, there are not many young people who want to focus on software and unfortunately there are many people who want to break our dreams," he added.

The game has been downloaded by more than 250,000 gamers in the first few days after the "Ertuğrul" game made its debut. However, Burak claimed that he has no financial expectations from the game and his only aim is to promote Turkish history and culture on online and digital platforms.

"Ertuğrul 3D the Kayı Tribe" can be downloaded for free of charge on the Google Play Store and Apple's App Store.
RELATED TOPICS