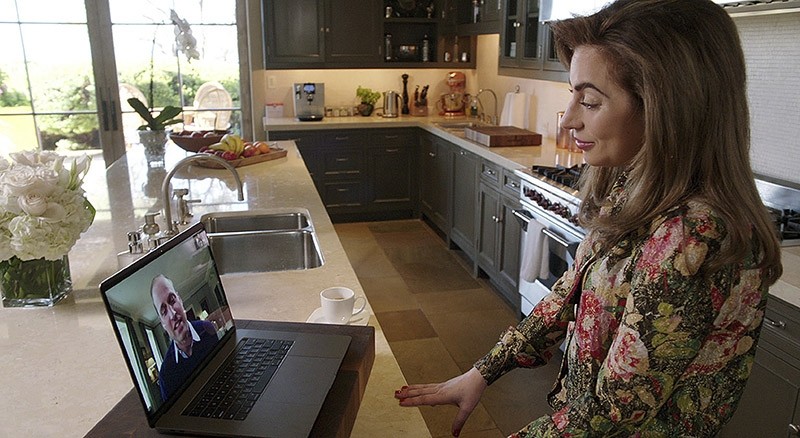 Screen grab image taken from recent undated video issued Tuesday April 18, 2017 by the Heads Together campaign of Lady Gaga speaking to the Duke of Cambridge via FaceTime. (AP Photo)
by Compiled from Wire Services Apr 18, 2017 12:00 am

Britain's second in line to the throne, Prince William, and American superstar Lady Gaga have teamed up to encourage people to speak more openly about mental health issues in a video released Tuesday.

The heir to the throne released a video on Tuesday in which he speaks with the pop superstar in a FaceTime call from his home in London to her home in Los Angeles.

William says it is "time that everyone speaks up and really feels very normal about mental health. It's the same as physical health."

Lady Gaga says that talking more openly about mental health would allow people to feel like "we are not hiding anymore."

In an open letter published last year on the website of her Born This Way Foundation, Lady Gaga revealed that she was suffering from Post Traumatic Stress Disorder.

"There is a lot of shame attached to mental illness, you feel like something's wrong with you," the singer told Prince William from her home in Hollywood.

"We have to make the strongest, most relentless attempt we can to normalise mental health issues, so that people feel like they can come forward," she added.

The video -- which had been watched over 500,000 times within hours of its release -- is part of the Heads Together campaign, a mental health charity championed by William, his wife Kate and brother, Prince Harry.

It comes a day after Harry revealed that he spent years in "total chaos" as he struggled to deal with his emotions following the death of his mother, Princess Diana, when he was just 12.

Prince William was 15 at the time.

He said he eventually sought help from mental heath professionals at the age of 28, after encouragement from others, including "huge support" from his older brother.