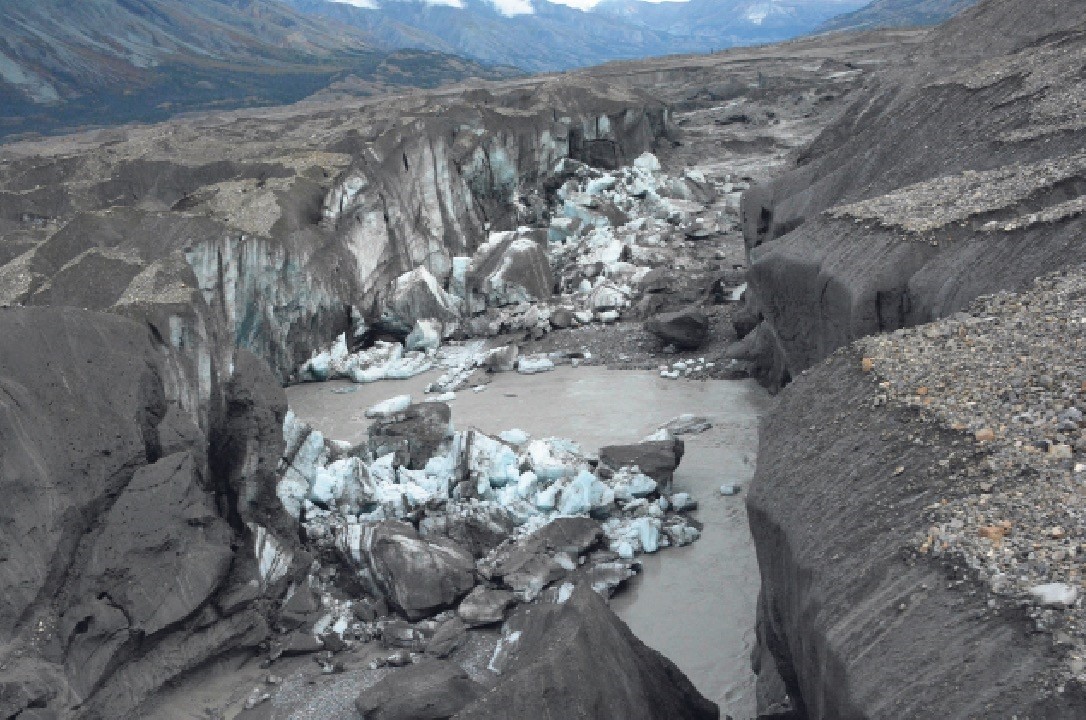 by Anadolu Agency Apr 20, 2017 12:00 am
For what is believed to be the first time in modern history, climate change has caused a glacier to recede so far that a river in Canada's northern Yukon Territory has changed course, Canadian media reported Monday.

The mammoth Kaskawulsh glacier meltwater suddenly switched direction in a case scientists term "river piracy" - when a river is diverted toward another body of water, usually by a landslide or dam collapse, not by a receding glacier.

The water stopped flowing into the Slims River and north to the Bering Sea in the Arctic, and now flows toward the Alsek River and ends up in the Pacific Ocean.

"This was the first event we could find where river piracy occurred right under our noses and due to contemporary climate change," said Dan Shugar, as reported Monday by the Canadian Broadcasting Corporation (CBC). Shugar is a geoscientist at the University of Washington Tacoma and lead author of the study published Monday in the Nature Geoscience journal.

Previous cases of river piracy like the Kaskawulsh glacier meltwater rerouting may have happened thousands of years ago, Shugar told the CBC.

The current change occurred over what is believed to be one day - last May 26, based on data.

When scientists were last at the glacier in 2013, the Slims River was "swift, cold and deep," Shugar said, as reported by The Associated Press.But when scientists returned last year, the river was not only shallow, but as still as a lake.

"We were really surprised when we got there and there was basically no water in the river," Shugar said of the Slims River.

Scientists said there was a scant one in 200 chance the phenomenon was not caused by global warming.

"Climate change is happening, is affecting us and it's not just about far-off islands in the South Pacific," he said. "Climate change may bring new changes that we're not even really thinking about."