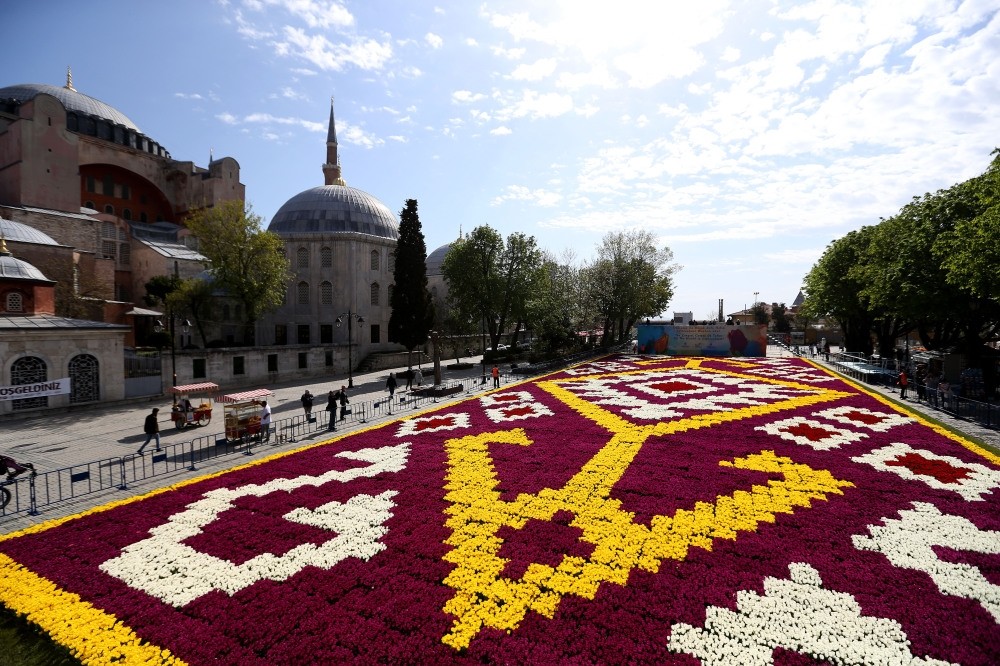 The season of tulips has arrived and Istanbul has never been so beautiful. The tulip is a symbol that has been used by Turks since the Ottoman Empire. Today, the tulip's elegant aura remains all around us, from contemporary art to corporate logos. As a part of the 12th Tulip Festival organized in Istanbul, the world's biggest tulip carpet prepared by the Istanbul Metropolitan Municipality at the historic Sultanahmet Square will be featured, surrounded by the landmarks of the ancient city.

To celebrate the 564th anniversary of the conquest of Istanbul, the display has a total of 564,000 tulips planted on a 1,453-square-meter platform, referring to the date of the conquest of Istanbul as well. Tourists have shown great interest in the "tulip carpet" and took photos around the giant flowerbed. The official opening ceremony of the "tulip carpet" is set to take place tomorrow.

In 2005, the Istanbul Metropolitan Municipality launched a project titled "Tulip Comes Back Home," planting millions of tulips everywhere around the city. The project later turned into a festival and has been celebrated ever since.