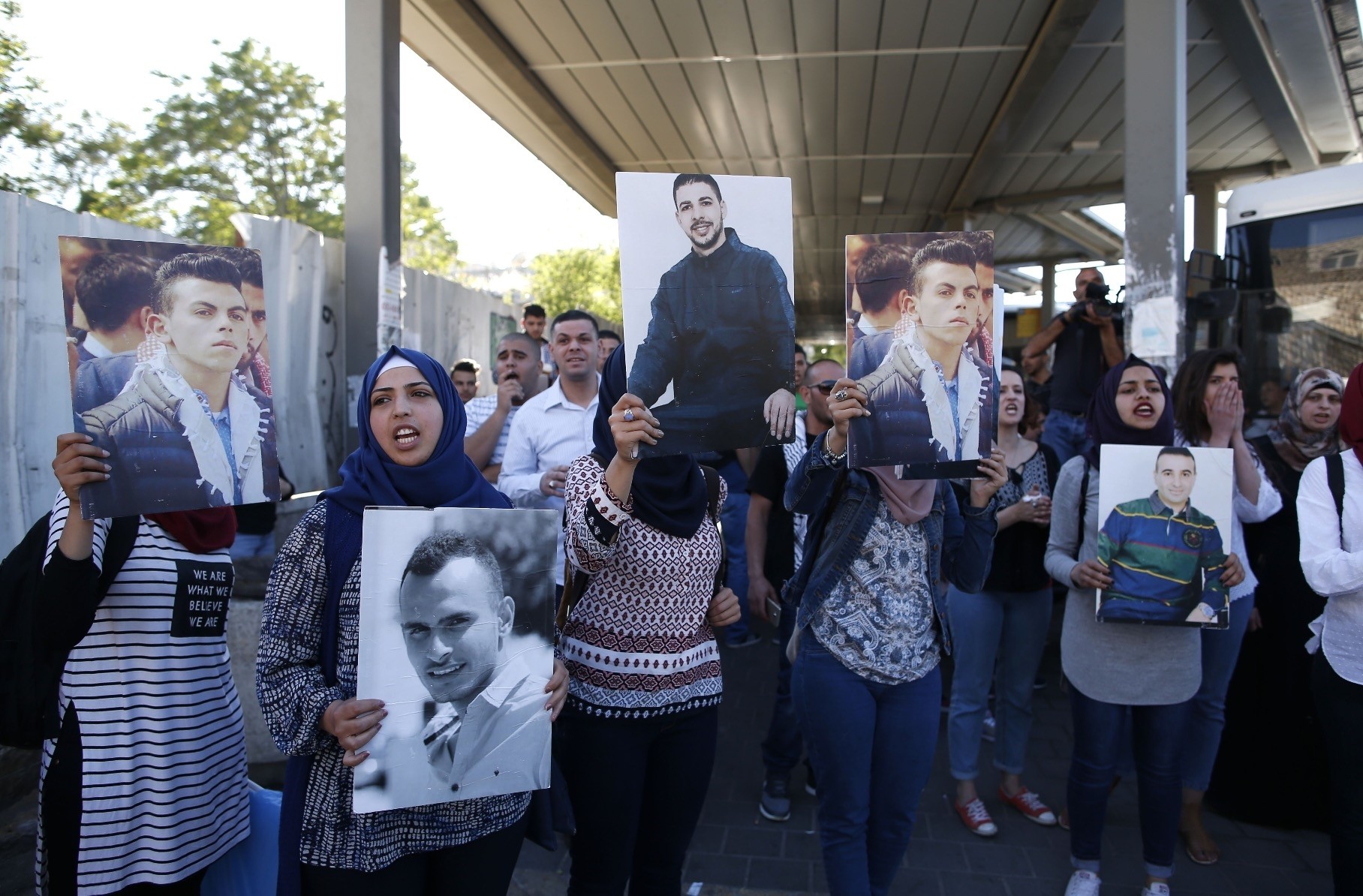 Families of Palestinians imprisoned in Israeli jails demonstrate in Jerusalem's Old City on Saturday in support of hundreds of Palestinian prisoners on a hunger strike.
by Anadolu Agency May 01, 2017 12:00 am
Hundreds of people have posted videos on social media of themselves eating salt and drinking water to show solidarity with jailed Palestinians now waging an open-ended hunger strike inside Israeli prisons.

People from all over the world are taking the "saltwater challenge" in a symbolic show of support for hunger strikers, who for more than a week have subsisted solely on saltwater.

First posted by Arab Barghouti, son of jailed Palestinian leader Marwan Barghouti (who is leading the mass hunger strike), the challenge video has circulated widely among Palestinians and Arabs and has even seen the participation of a number of public figures.

The #saltwaterchallenge Twitter hashtag, which has gone viral on social media in both Arabic and English, aims to raise awareness about the suffering faced by Palestinian hunger strikers.

"My father, along with 1,700 other political prisoners, began their 'Hunger Strike for Freedom and Dignity' to demand their basic rights and humane prison conditions," the younger Barghouti says in the video.

He also posed the challenge to "Arab Idol" celebrity Mohammad Assaf, who accepted it, thus raising the campaign's online profile even further.

Barghouti, 58, has spent 15 years behind bars since being arrested by Israel in 2002 during the Second Palestinian Intifada ("uprising"), during which he took part in armed resistance activities.

While Israel views Barghouti as a security threat, opinion polls have consistently shown him to be the most popular choice among Palestinians to succeed Palestinian President Mahmoud Abbas.

According to Palestinian figures, Israel is currently holding more than 6,500 Palestinians, including 57 women and 300 children, in 24 prisons and detention centers throughout the country.
RELATED TOPICS