Van cats expected to give birth to more kittens in 2017 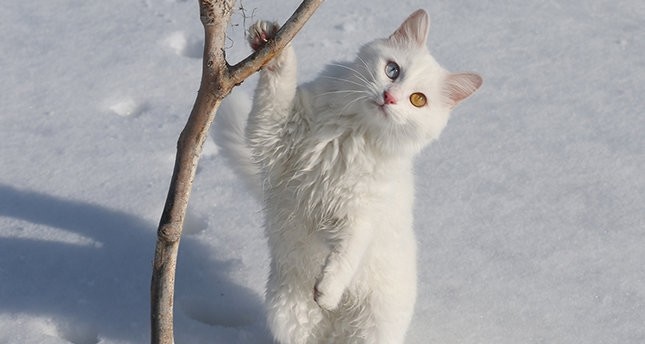 Professor Abdullah Kaya, head of the center, informed that the Van cats which were pregnant managed to give birth to healthy kittens. He said they expect 65 births by the end of this year.

"There will be more kittens this year than any other year since the induration of our center," said Professor Kaya. There are 60 female and 40 male Van cats under protection at the Van Cat Research and Application Center which was founded in the 1990s. The cats were paired almost two months ago. The new born kittens have been taken under protection as soon as they were born, but they are not separated from their mothers.

The kittens and their mothers continue to live at the center together. The Van cat is known for its friendly behavior, silky fur, lion-like strut, fluffy tail, mismatched-colored eyes and fondness for water. It is one of the rare animals not to be hybridized. The protection center saved the cats that had mismatched eye colors from captivity and gave those with the same-color eyes to their caretakers.