Octogenarian Nepali who died on Everest to be cremated in Kathmandu 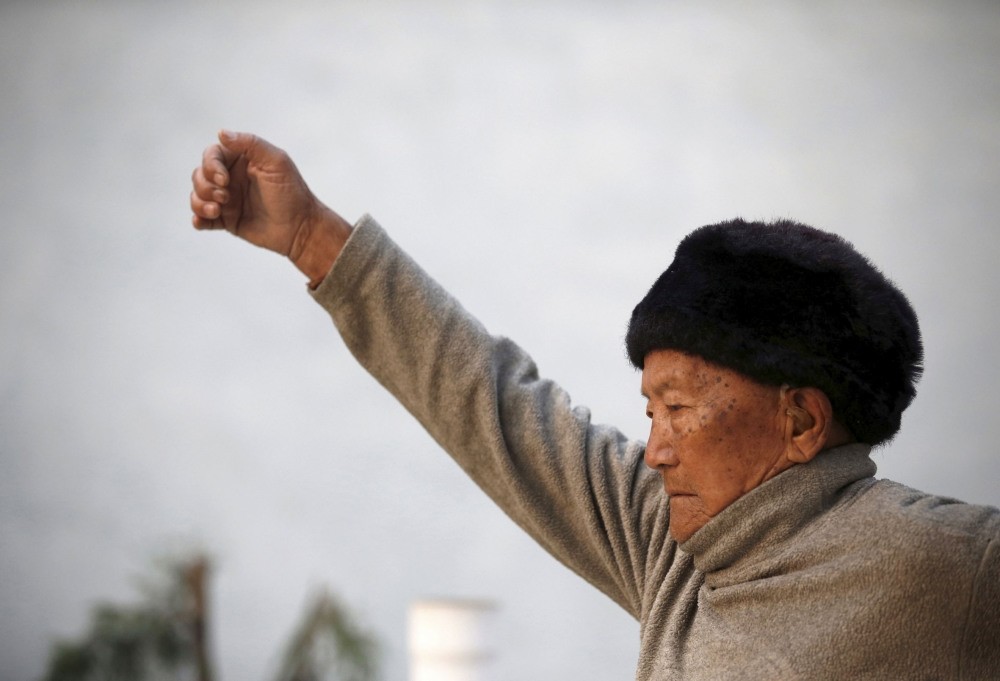 by May 09, 2017 12:00 am
An 85-year-old Nepali climber, who died on Mt. Everest while attempting to summit the peak, will be cremated in Kathmandu on Sunday, a mountaineering official said.

Min Bahadur Sherchan died due to cardiac arrest at the base camp of the 8,848-meter peak on Saturday.

On Sunday, his body was airlifted to a government-run hospital in Kathmandu, where doctors performed an autopsy, said Ang Tshering Sherpa, president of the Nepal Mountaineering Association.

"His body has been placed in the premises of an office of his community. Then, it will be cremated in the cremation area near Pashupatinath (a Hindu temple) in Kathmandu," Sherpa said.

Sherchan, a former British Army soldier, scaled Everest in 2008 when he was 76, setting a record as the oldest person to reach the summit.

But he lost the title to Japanese climber Yuichiro Miura, who reached the top in 2013 when he was 80.

In an interview with dpa before he left for Everest last month, Sherchan denied he was after the record, saying that he wanted to break his own record and set an example for elderly people.

"I want to climb Everest to set a record so that it will inspire people to dream big. This will instill a sense of pride among old people like me," he told reporters.

"My climb will demonstrate that age doesn't stop you from realizing your goal," he said.

Some 372 people, a record number of climbers in one season on Everest, have permission to climb this year, according to Nepal's Tourism Department.
RELATED TOPICS