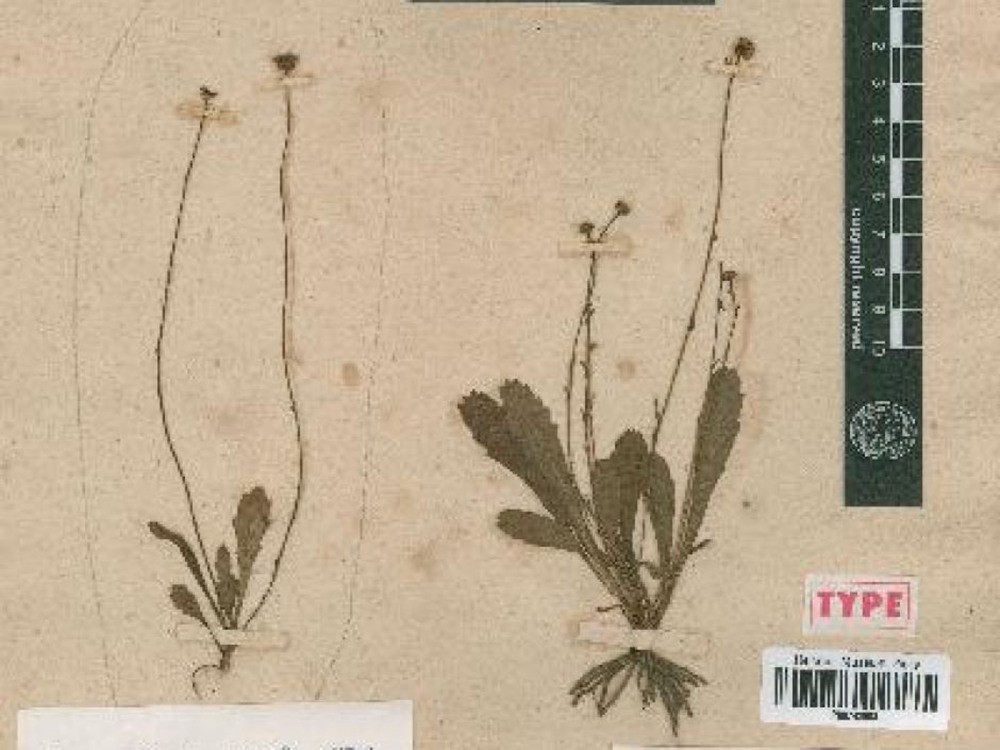 The destroyed sample would have looked similar to the Australian-collected Lagenophora specimen.
by May 09, 2017 12:00 am

A collection of preserved plant specimens dating back to the 19th century, sent from the Museum of Natural History in Paris to Queensland's Herbarium in Australia has been destroyed due to non-compliance with Australia's biosecurity import conditions, devastatingfor both sides

Authorities incinerated a herbarium, a collection of preserved plant specimens for scientific study, of rare flowering plants dating back to the mid-1800s, sent by the Museum of Natural History in Paris to Queensland's Herbarium in Brisbane in March.

Michelle Waycott, who chairs the Council of Heads of Australasian Herbaria, said the pressed plant specimens were "the first type specimens collected of a species," adding that they were "literally irreplaceable collections and of high historic and scientific value."

The plant specimens were destroyed due to non-compliance with Australia's biosecurity import conditions, the Department of Agriculture said Monday, while admitting that it had been "a deeply regrettable occurrence."

"This is a deeply regrettable occurrence, but it does highlight the importance of the shared responsibility of Australia's biosecurity system, and the need for adherence to import conditions," it said.

Waycott said the French museum employees were "very unhappy" with the loss of their collection.

"I suspect that they're in the process of banning sending specimens to Australia now," she told local broadcaster ABC.

A comprehensive review of the quarantine procedures has been undertaken and a number of corrective measures implemented to avoid such incident in the future, the department said.

Australia has some of the world's strictest quarantine procedures. Biosecurity officers screen about 138 million mail articles a year.

The department said that herbarium specimens are not without biosecurity risk.

According to officials, the package arrived in Australia in early January 2017, with a declared value of Au$2 dollars ($1.5 U.S.) and no prior notification or its significance.

The documentation accompanying the package did not comply with Australia's import conditions and so the department contacted the Queensland Herbarium - but communication was delayed due to a mix-up over email addresses and the need for more paperwork.

The specimen spent a total of 76 days in the department's possession, 46 days past the limit for storage. It was incinerated in a routine destruction of goods with a declared low value.

The destruction of the specimens should not have proceeded while communication between the department and the intended recipient was ongoing, the government admitted.

Waycott said it was the second such incident in a matter of weeks, after a collection of specimens from New Zealand was destroyed by biosecurity officers.

The department said it is unaware of the second incident, but is investigating it as a matter of priority.
RELATED TOPICS