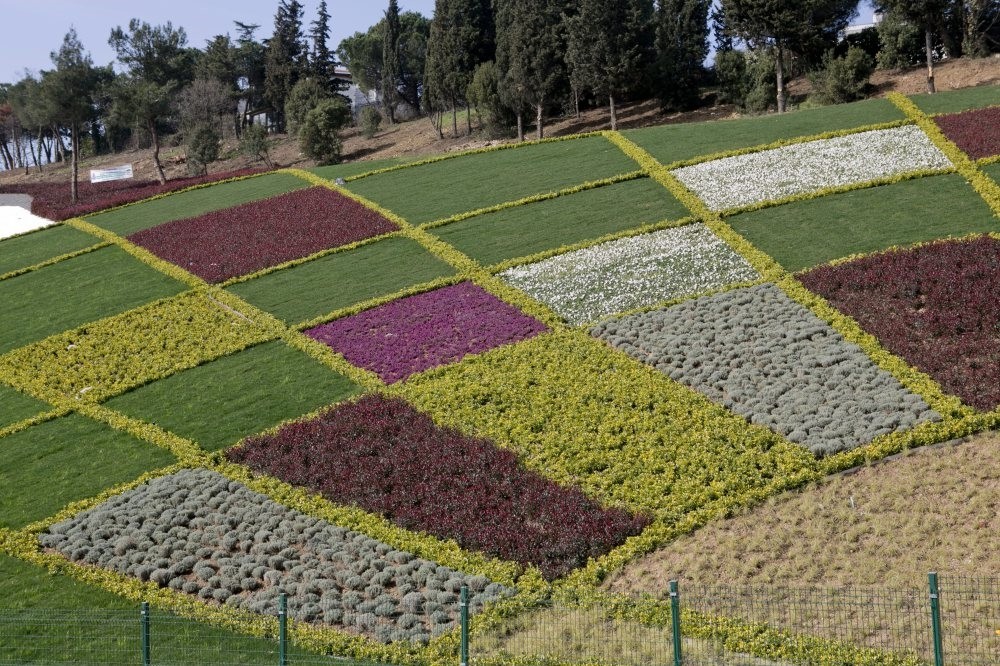 Traveling around the city of Istanbul in the month of May, you may have noticed that the city is blanketed in colorful flowers. All along the roadsides and in city tunnels, flowerbeds are in full bloom with beautiful plants that come from one of Istanbul's most famous nurseries, the Alibeyköy Nursery Garden

Known as the cradle of ancient civilization, the city of Istanbul boasts some of the most beautiful flowerbeds in the world that paint every corner of the city during the spring months. Istanbul, the cradle of civilization, is known for beautiful flowers that decorate every corner of the city. Field workers employed by the department of parks, gardens and greenery of the Istanbul Metropolitan Municipality work day and night to keep Istanbul's flower beds in full bloom throughout the year.

Maintaining the landscape of one of the world's most populous cities is no easy task, but the Alibeyköy Nursery Garden makes this job look easy, supplying 70 percent of all plants used in the landscaping of the city and making Istanbul beautiful on a daily basis, feeding the city's natural and historical soul with impressive flora and fauna. Located in Istanbul's historic Eyüp district, the Alibeyköy Nursery Garden has the capacity to house 3 million plants and is situated on 3,000 square kilometers of land. Known as one of the most important production and logistic centers for landscaping in terms of material supply, the nursery houses countless numbers of outdoor plants of various colors, heights, scale and species in two categories: trees and bushes.

Istanbul Tree and Landscaping Inc. General Director Faruk Kacır spoke to Anadolu Agency (AA) about the nursery, stating that the corporation works alongside the Istanbul Metropolitan Municipality's Department of Parks, Gardens and Greenery and oversees the maintenance and repair of Istanbul's green fields.

Stating that the Alibeyköy Nursery Garden has a wide variety of plant species exceeding 2,000 in number, Kacır said that the majority of plants that require maintenance and care are taken from the nursery to Istanbul Tree and Landscaping.

Kacır provided information about the infrastructural and modernization projects the corporation has undertaken at the Alibeyköy Nursery Garden, suggesting that the garden in Alibeyköy is the biggest nursery in both Turkey and Europe. Saying that the entire 3,000 square-kilometer-area of land has the potential to be used for the maintenance and repair of plants, he said: "The majority of the plants you see around Istanbul - 70 percent - are taken from the Alibeyköy Nursery Garden. The rest of the plants used are taken from the Pendik Nursery, located on the Anatolian side of the city."

Indicating that Istanbul Tree and Landscaping has seasonal flowers produced in the provinces of Silivri and Yalova that are provided with a quality guarantee at purchase, Kacır said: "In addition to these, our roses are also planted around Istanbul. We have the meillans rose and have a patent on the production and selling rights to these roses, which we produce in the provinces of Bursa, Yenişehir, Sakarya, Pamukova and Antalya. These roses are grown by local producers with a guarantee of purchase and are used in the landscaping of Istanbul. We work within the scope of a plan that indicates which plants and trees will be planted around the city of Istanbul. Trees grown by local producers are selected according to climate conditions in the city."

Indicating that excavation soil is combined with several materials before being turned into a fertile mold for the planting process, Kacır said that currently a new project is being prepared to meet modern production standards. 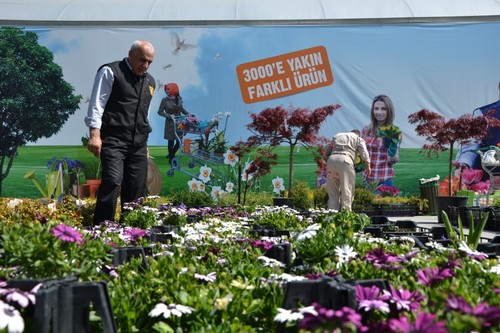 According to Kacır, "The quality of the soil used in Istanbul will increase in the next term. We always work to evaluate the quality of the excavation soil and take samples from around Istanbul as much as possible. We supply Istanbul with 1 million cubic meters of mixed soil ever year."

Stating that they also produce tulips within the scope of social responsibility projects, Kacır said: "The most crucial steps in the tulip production process are completed in the provinces of Konya and Çumra. We also produce tulips in Silivri, again within the scope of social responsibility projects. We also have a connection with a tulip producer located in the province of Balıkesir. Turkey has a tulip production capacity of 60 million; 25 million of which are used in Istanbul. The rest of the tulips left with the producers are sold to municipalities across Turkey. In addition, we sell 3-4 million tulips to Istanbulites in local garden markets. Our main production firm is located in Konya and exports 2 million-to-2.5 million tulip bulbs except from the sales made in Turkey."

Kacır said that they offer plant sales to individuals in the garden market located in the Alibeyköy Nursery Garden, adding that there are nine garden markets in several locations around Istanbul.

Telling AA that thousands of plants are sold in the indoor and outdoor categories annually, Kacır added: "We have a tremendous number of plants, including indoor plants, seasonal flowers and more, all of which can be used in the home gardens of individuals as well. We are also planning to expand our garden market in the nursery."
Last Update: May 11, 2017 12:34 pm
RELATED TOPICS