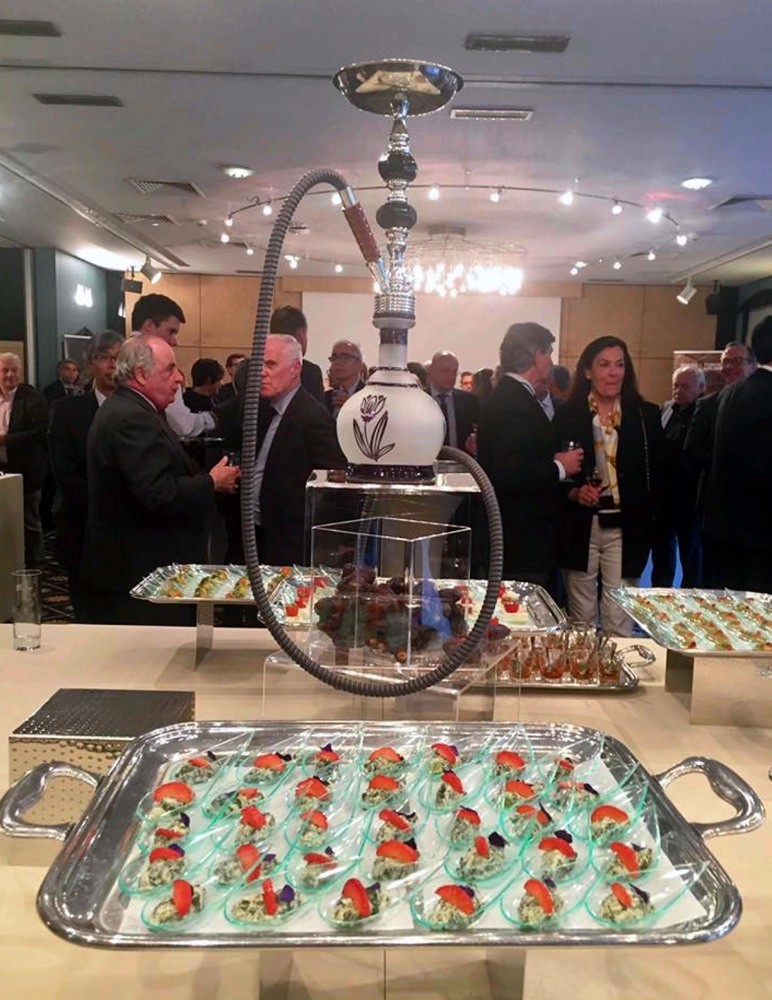 by Anadolu Agency May 16, 2017 12:00 am
The "Turkey Festival," an event organized to present Turkish culture and cuisine in Luxembourg, is drawing a great deal of attention. The opening of the festival, organized with the contributions of the Embassy of Turkey in Luxembourg and Turkish Airlines (THY), was held at Hotel le Royal. A group of 200 people, including Gastron Stronck, director for International Economic Relations and European Affairs at the Luxembourg Ministry of Foreign and European Affairs, ambassadors, representatives of banking and counseling companies and businessmen.

Turkish Ambassador Haluk Ilıcak said Turkish cuisine is the product of the Turkish history in Central Asia, the Ottoman Empire and the interaction between the nations that lived in the vast territory under the empire's rule and added that it is one of the richest cuisines in the world. Musicians Hamdi Demircioğlu and Mert Demircioğlu gave a concert at the opening reception. Çağlar Jazz Trio will take stage as a part of the events set to run until May 21.

The festival saw vast coverage in national media. Letzebuerger Journal devoted an entire page for the event and newspapers like Tageblatt and Luxemburger Wort praised Turkish cuisine and culture.

Making a statement about the event, the Turkish Embassy said, "The festival, held at a time when perception operations are being carried out to tarnish the image of our country, is contributing greatly to the healthy representation of Turkey in Luxembourg.
Last Update: May 16, 2017 1:11 am
RELATED TOPICS