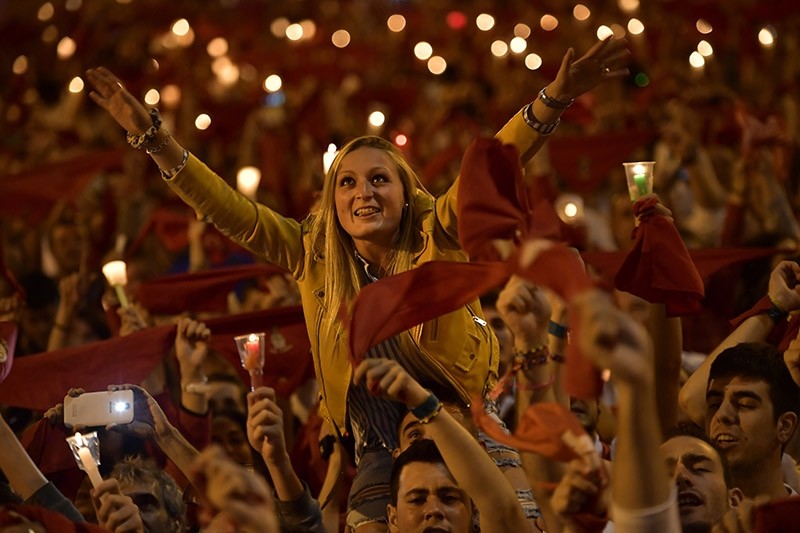 Young people's trust in key figures such as politicians and religious leaders has fallen sharply over the past five years but they remain largely happy, a global study said Thursday.

Viacom, the US media company behind youth-oriented channels such as MTV and Nickelodeon as well as Hollywood studio Paramount, surveyed 28,600 people online in 30 major countries about a wide range of views.

In a time of turbulent politics and religious conflict, just nine percent of respondents described themselves as trustful of religious leaders and a mere two percent said the same of their countries' politicians.

Since the last survey in 2012, trust for religious leaders has tumbled 33 percentage points and the figure for politicians fell 25 points among people age 30 and younger in the 27 countries that were polled both years.

Views, however, varied sharply among countries, with trust in religious leaders reaching a high of 32 percent in Nigeria.

Trust also slipped for doctors, teachers and even friends, with people in every country identifying their mothers as the most trusted.

But the Viacom survey, dubbed "The Next Normal: The Rise of Resilience," found that the percentage of people who said they were happy overall was virtually unchanged at 76 percent.

"The overwhelming theme that's come out of this is that the human is a very resilient animal," said Christian Kurz, Viacom's senior vice president for global consumer insights.

Asked to define happiness, most people in both 2012 and 2017 pointed to spending time with family and friends.

But next in importance in 2017 -- especially in developed countries -- was ensuring time for vacation and enjoyment, while in 2012 more people focused on money.

Kurz said he sensed a shift in attitudes in the wake of the global economic crisis, with many people feeling powerless.

"What we're seeing now is that that's becoming even more important," he said.

Coming from the parent company of MTV, the survey also offered quirky insights on music culture.

The study found that three-quarters of Indians said they occasionally danced alone in their rooms to music, while the Japanese came in last with 27 percent admitting to solitary moves.
Last Update: Jul 20, 2017 5:40 pm
RELATED TOPICS