Chantek, the orangutan 'who went to college' dies at age 39 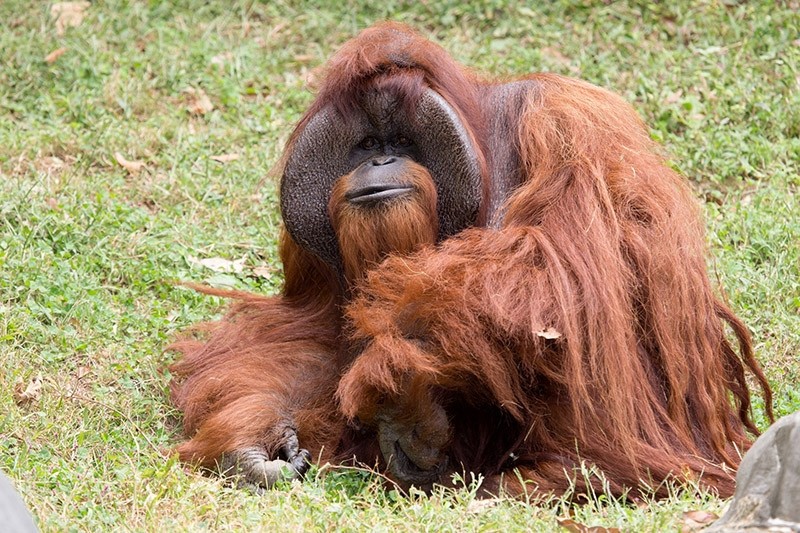 Chantek, a male orangutan who was among the first apes to learn sign language, could clean his room and memorized the way to a fast-food restaurant, died on Monday at age 39, Zoo Atlanta said.

Chantek, who was taught by a trainer who raised him like her own child, was being treated for heart disease, the zoo said in a statement. A necropsy will determine the cause of death.

"Chantek will be deeply missed by his family here at Zoo Atlanta. He had such a unique and engaging personality and special ways of relating to and communicating with those who knew him best," said Hayley Murphy, vice president of the zoo's animal divisions.

Chantek, one of the oldest male orangutans in North American zoos, was born at the Yerkes Regional Primate Research Center in Atlanta. He was sent to live with anthropologist Lyn Miles at the University of Tennessee at Chattanooga for about nine years.

Chantek learned to clean his room, make and use tools and could direct a driving route from the university to a Dairy Queen restaurant, according to a 2014 PBS documentary, "The Ape Who Went to College."

Chantek was among a handful of primates who could communicate using American Sign Language, along with Koko, a gorilla, and Washoe, a female chimpanzee.

He was transferred to Zoo Atlanta in 1997 and frequently used sign language to communicate with keepers, the zoo said. But he was shy about signing with people he did not know and often used communication more typical of orangutans, such as vocalizations and hand gestures, it said.

Zoo Atlanta began a medical regimen in 2016 to treat Chantek's symptoms of heart disease. Cardiac disease is a leading cause of death among great apes such as orangutans in zoos.

Chantek was put on a low-sodium diet, and he was the first awake orangutan to undergo a voluntary echocardiogram to examine his heart's electrical rhythms.

Both Bornean and Sumatran species of orangutans are listed as critically endangered in the wild. The two species are facing sharp drops in numbers because of habitat loss, timber cutting and human encroachment, the zoo said.