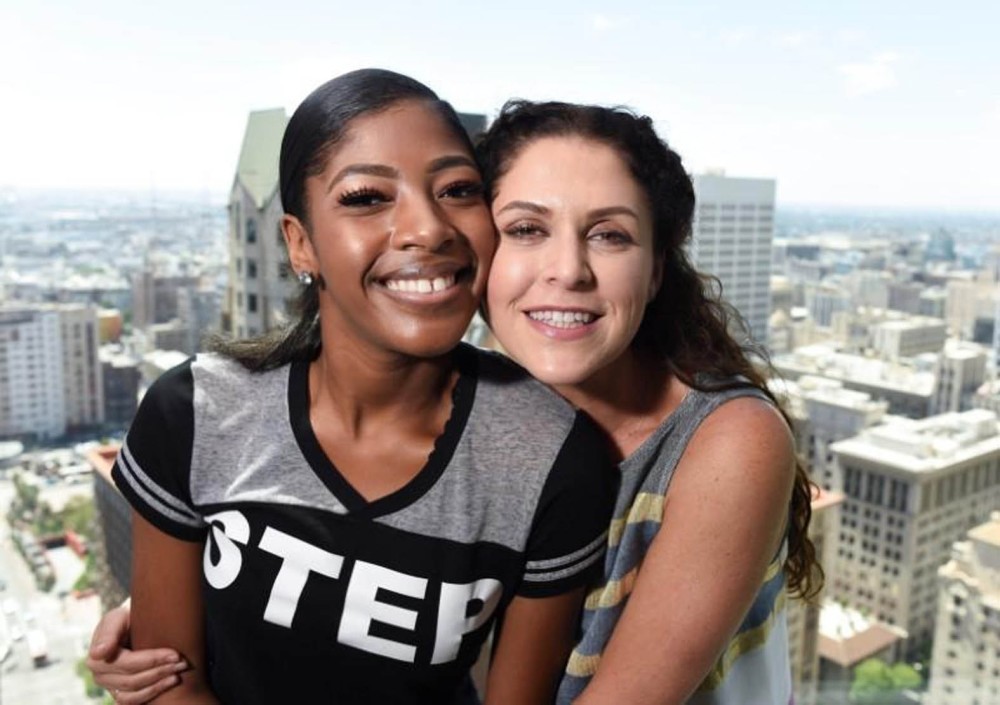 A group of black teenage girls stomp, clap and shout in unison in step dance routines, channeling their anger, frustration and hopes into powerful performances in a new documentary "Step," out in U.S. theaters this week.

The journey of the founding class of the step troupe at the Baltimore Leadership School for Young Women shows the girls' struggles in the aftermath of protests and rioting in the city where 25-year-old black man Freddie Gray died after suffering a broken neck in a police van in April 2015.

Stepping is not actually a dance, said Cori Grainger, one of the film's lead subjects, because it does not use a beat. Instead, "you are the beat, you are the music, you use your hands, you stomp your feet, you clap, it's spoken word," Grainger told Reuters.

As the girls juggle their academics with competing in step tournaments, they visit Gray's memorial where their step coach tells them, "as African American women, we are considered bottom of the barrel." The visit inspires the girls to perform a Black Lives Matter routine, which they end with their fists in the air, chanting "It could have been us."

"We began to use step as a platform to talk about things that were most important to us, so we used our themes to educate people while we entertained them," Grainger said.

"There are just rampant misunderstandings about the Black Lives Matter movement in this country and seeing these young women stand up and say 'it could have been me,' it feels different," added the film's director Amanda Lipitz.

The charter school attended by the girls aims for a 100 percent graduation and college acceptance rate, a goal that challenges some of the film's protagonists.

Grainger hinges her hopes on a full scholarship to Johns Hopkins University as her family struggles financially while another girl, Blessin Giraldo, has to face the consequences of her low grades amid a difficult home life. Tayla Solomon clashes with a mother determined to keep her on the right track.

"I think a common misconception is that urban communities don't really have kids in them who have big dreams and hopes," Grainger said.

"So many of us are capable of doing big things, but how can we make a change in the world if we're never given the experience or the opportunity to?"