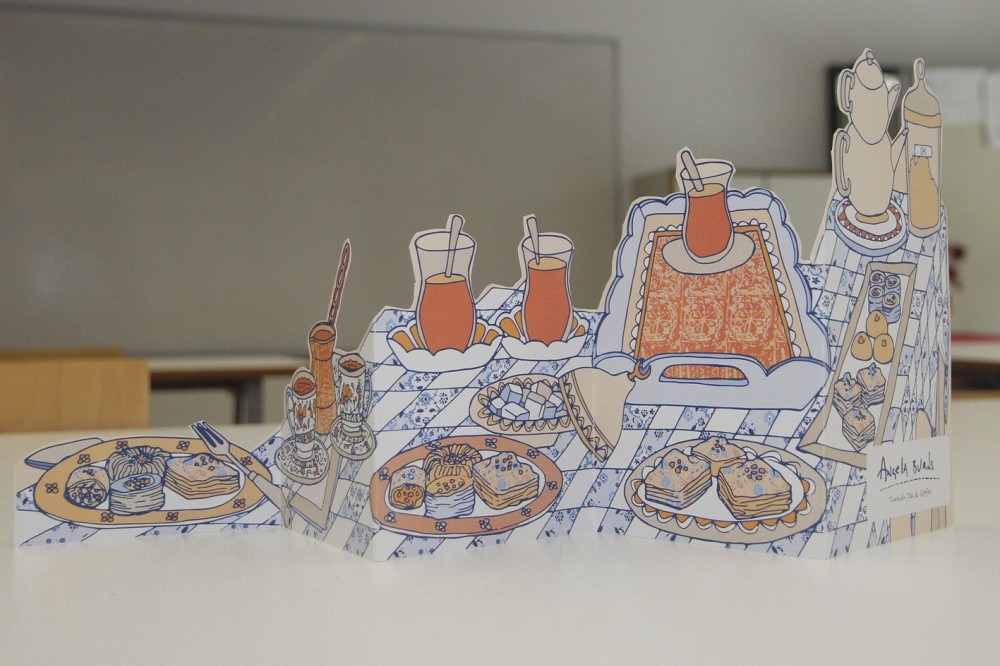 Upon living in Turkey for the last 11 years, northern Irish academician Angela Burns has created three-dimensional postcards that depict Turkish culture for foreigners.

An academician at the Fine Arts and Design Faculty of İzmir Economical University (İEÜ), Burns has incorporated many aspects of Turkey's cultural heritage, ranging from the traditional Turkish breakfast to the Grand Bazaar and from Cappadocia to İznik pottery in the postcards.

Speaking to Anadolu Agency, Burns said that she has learned about the many aspects of Turkish culture in 11 years, and asserted that she wants to be a voice for Turkish culture and express its important historical and geographical treasures through this art, which she considers her hobby.

"I have formed illustrations of such cultural elements as the Turkish breakfast, Turkish coffee, Turkish 'thin waist' tea glasses, Cappadocia and Alaçatı. Using these illustrations, I made three-dimensional postcards," she said.

"I also endeavored to depict İznik potteries in an image of a coffee cup, telling the story of ancient Seljuk art while also introducing Cappadocia to foreigners with these postcards," she added.

"I made the three-dimensional postcards by colorizing my sketches on the computer. I think this will be an alternative way to promote Turkey. When I saw the typical postcards sold in Turkey, I realized they are generally all the same in terms of design. So, I wanted to make postcards which offer a different, modern perspective," she said.