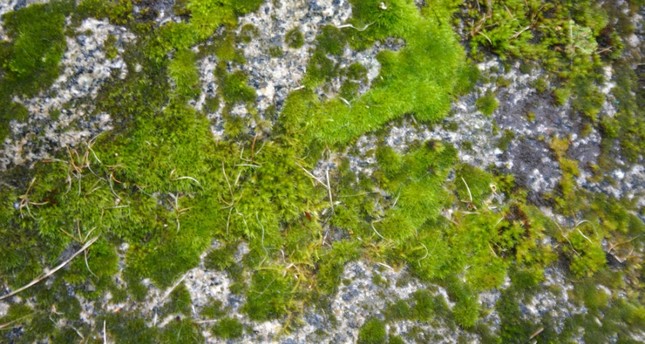 Delicate mosses found on rocks and trees in cities around the world can be used to measure the impact of atmospheric change and could prove a low-cost way to monitor urban pollution, according to Japanese scientists.

"This method is very cost effective and important for getting information about atmospheric conditions," Oishi told the Thomson Reuters Foundation by telephone.

"Mosses are a common plant in all cities so we can use this method in many countries ... they have a big potential to be bioindicators," said Oishi, who analysed nearly 50 types of moss for the study.

Oishi said humid cities where moss thrives could benefit most from using bryophytes - a collective term for mosses, hornworts and liverworts - as bioindicators, adding moss could be monitored in its natural environment or cultivated for analysis.

In a research paper published in the Landscape and Urban Planning journal, Oishi and a colleague described how they studied the effect of nitrogen pollution, air quality a

The study showed severe drought-stress tended to occur in areas with high levels of nitrogen pollution, which it said raised concerns over the impact on health and biodiversity.

However, the scientists could not effectively measure air purity which affects the number of moss types as pollution levels in the sample area were not high enough, said Oishi.

"If the air pollution is severe, the purity is also evaluated by moss ... the change of the moss is very diverse according to the environmental problem," said Oishi.

Bioindicators such as mosses - which generally absorb water and nutrients from their immediate environments - were often cheaper to use than other methods of environmental evaluation, and can also reflect changes to ecosystems, said the scientists.

Southeast Asia and the eastern Mediterranean have the worst air quality, followed by countries in Latin America and Africa.

Share on Facebook Share on Twitter
Previous in Life The pelican colony living on Aktaş Lake, a body of water shared by... Next in Life In Indonesia, many small children can be seen smoking, mostly supported...
DAILY SABAH RECOMMENDS