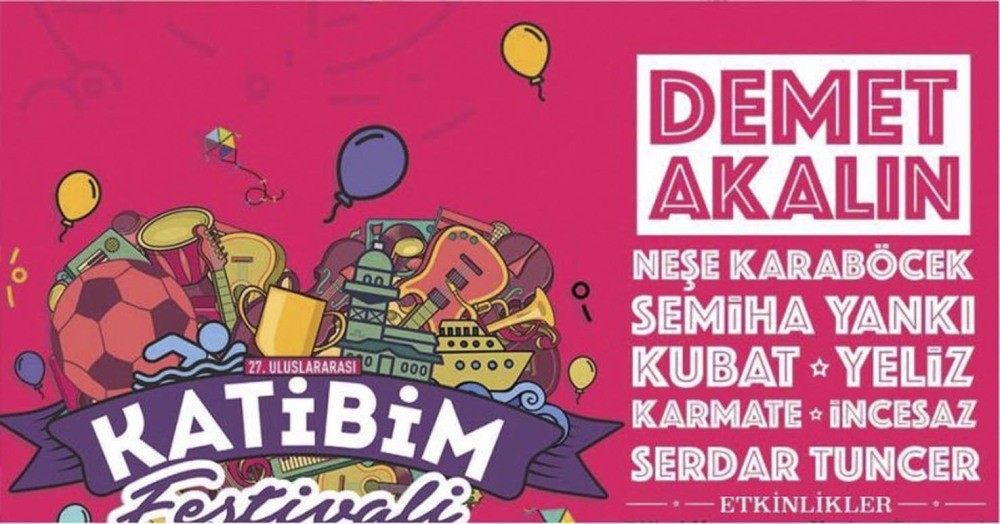 The Üsküdar Municipality holds the 27th Katibim Festival at Harem Car Park Sept. 15-17 with a major street designed to reflect the culture of the 1990s.

Speaking about the event, Üsküdar Mayor Hilmi Türkmen said, "We are expecting Istanbulites to come out and bid farewell to the last days of summer by celebrating culture, art and entertainment in Üsküdar."

Festival events include concerts, poetry recitations, interviews, design workshops, theatrical performances and folk dance, organized within the scope of the festival that commence with a tour of classic automobiles and a cortege on Friday evening, Sept. 15. Mayor Türkmen said that all Istanbulites are invited to participate in the events, noting that the municipality's aim is to provide a lively and colorful event that represents the cultures of various countries around the world. Türkmen added that a high turnout is expected as Istanbulites prepare to say goodbye to the summer season.

The three-day festival features various concerts with a special performance on opening night presented by Ceyhun Yilmaz who will host Demet Akalın onstage. The second night includes nostalgic performances by Neşe Karaböcek and Yeliz, with Karmate and Kubat taking the stage on the closing night of the festival.

The festival will also have plenty to offer Istanbul's children, with a show by Karagöz and Hacivat. Children's games, puppet shows and circumcision feasts will be presented digitally for the first time.

Veteran football players in the sand

The festival will also host sports competitions, including football matches on an artificial beach and a street basketball tournament. Well-known retired football players will participate in the exhibition match.