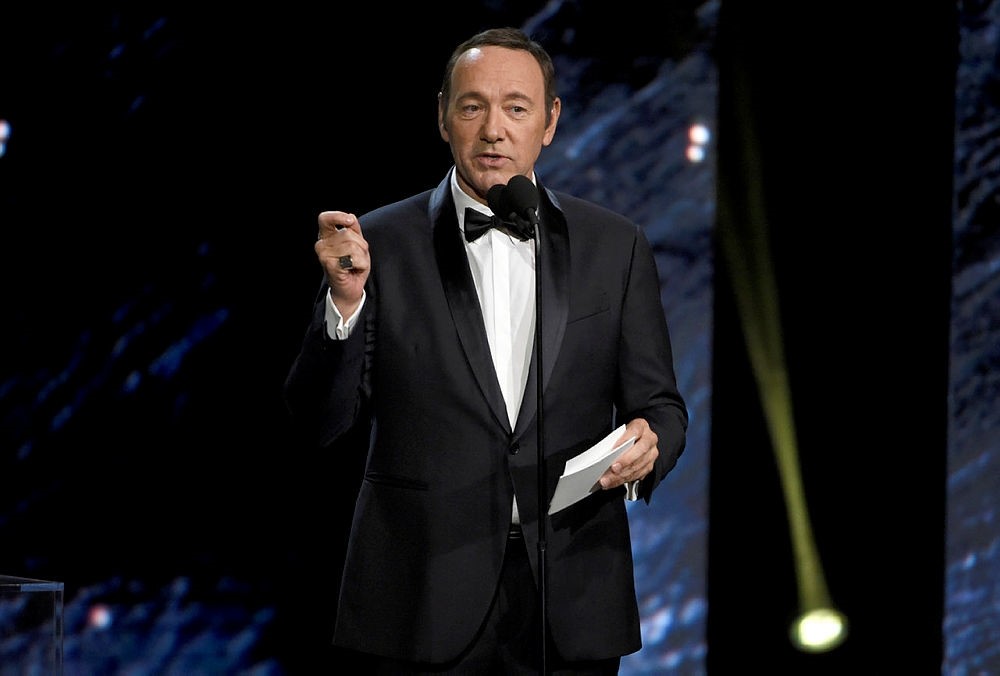 London police are investigating an alleged 2008 sexual assault reportedly linked to Kevin Spacey in the latest setback for the "House of Cards" star.

Police Friday did not identify Spacey by name but said the department's child abuse and sexual offenses unit is investigating the reported assault after it was referred to police two days ago.

British media including The Sun reported Spacey was the subject of the investigation. The Sun said the new allegation comes from a man who was in his early 20s at the time.

London's Metropolitan Police released a statement saying the force is investigating a 2008 assault in Lambeth in south London. The statement noted police do not identify people who may or may not be subject to investigation.

Asked whether police were investigating Spacey, a spokesman asked for details about the alleged incident and then provided the statement.

Spacey has not been arrested or charged with any crime. Police would not say if he has been questioned.

His publicist did not immediately return an email message seeking comment.

Spacey, 58, has been prominent in London since serving for more than a decade as artistic director of the Old Vic theater.

The two-time Academy Award winner's reputation was badly damaged last weekend when BuzzFeed News reported that actor Anthony Rapp said that Spacey attempted to seduce him in 1986, when Rapp was 14.

That report helped spur the announcement that "House of Cards" was being canceled and has cost Spacey other opportunities.

CNN reported that eight current or former "House of Cards" workers claim that Spacey made the production a "toxic" workplace and one ex-employee alleges the actor sexually assaulted him.

The report accuses Spacey of allegedly targeting staffers who were typically young and male with nonconsensual touching and crude comments. The show's producers acknowledged one complaint involving Spacey during production of the show's first season, but said the actor attended training and it was not aware of any issues since 2012.

The reports have cost Spacey other opportunities as well. A Dutch business forum has canceled a headline appearance by Spacey after the allegations surfaced.

BusinessBoost Live said in a statement Friday that "it is not desirable" to let Spacey speak at their conference Nov. 29 in Rotterdam.

Spacey has in the past spoken at other business conferences including the prestigious World Economic Forum in Davos, Switzerland.