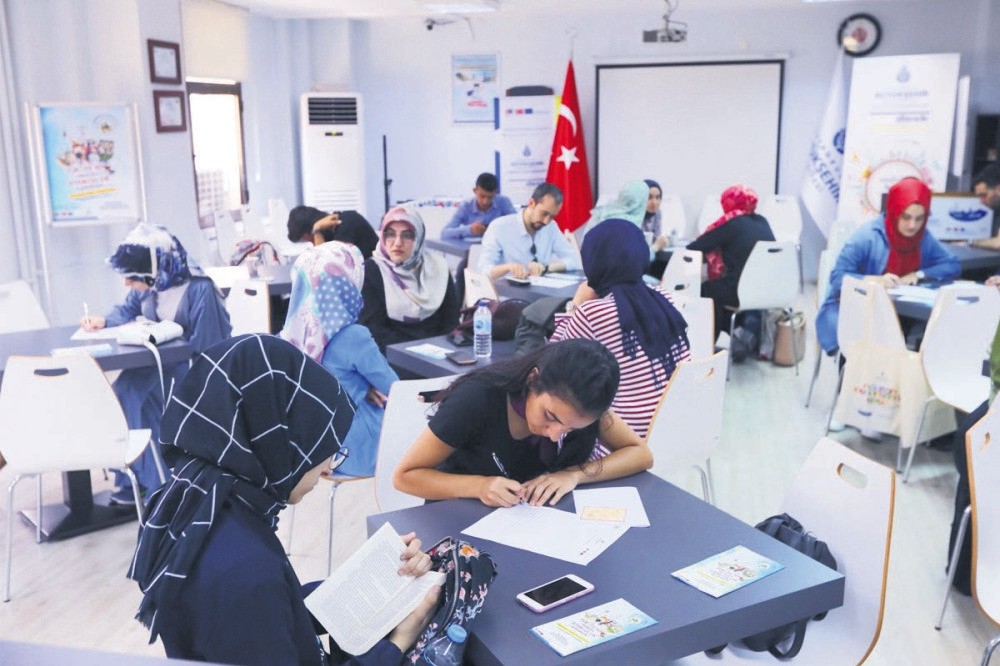 The Istanbul Metropolitan Municipality (IBB) is conducting a workshop titled "Turkey's Colors, Istanbul's Identities" for youth who live in Istanbul and have never visited their ancestral hometowns before.

Young people aged between 18 and 30 will be provided with photography lessons for 96 hours as part of the project. After completing these classes, they will take photos and shoot short films in their hometowns.

The project started with the slogan, "We set off from Istanbul and bring together our youth and their roots." After being interviewed at Sirkeci IBB Eurodesk Contact Point, the youth will be chosen in accordance with their age and interest in photography and traveling. It will be taken into consideration whether they have visited their hometown before or not as well.

Tours to be held in seven regions of Turkey

Twenty students who study photography at the university level will be coaching the youth as part of the photo classes. After the classes are complete the youth will be divided into seven groups and be sent to seven different regions in Turkey for on-site practice of what they have just learned.

Tour workshops will be held within the context of the youth's teamwork so that they can search and discover these places together as they most likely have never been to these places before. They will organize tours with the decisions that they will make. The attendees will take photos of their discoveries and experiences about their culture and shoot a short film. The project will end with an exhibition of their work.

Youth can discover their cultural identities

The project, which is part of efforts for the protection of cultural diversity - an important part of Istanbul identity and the continuation of it, enables youth who are socially and economically disadvantaged to discover their cultural identities. It aims to bring together youth from different local cultures and get them acquainted with other cultures and learn to respect differences. Creating interactions between generations is another target of the project.

Second group to go in September

Turkey's Colors, Istanbul's Identities will continue until the end of 2019. The application and interviews for the second group will be between Sept. 1 and 30. Those interested can get more information from the website of the project.