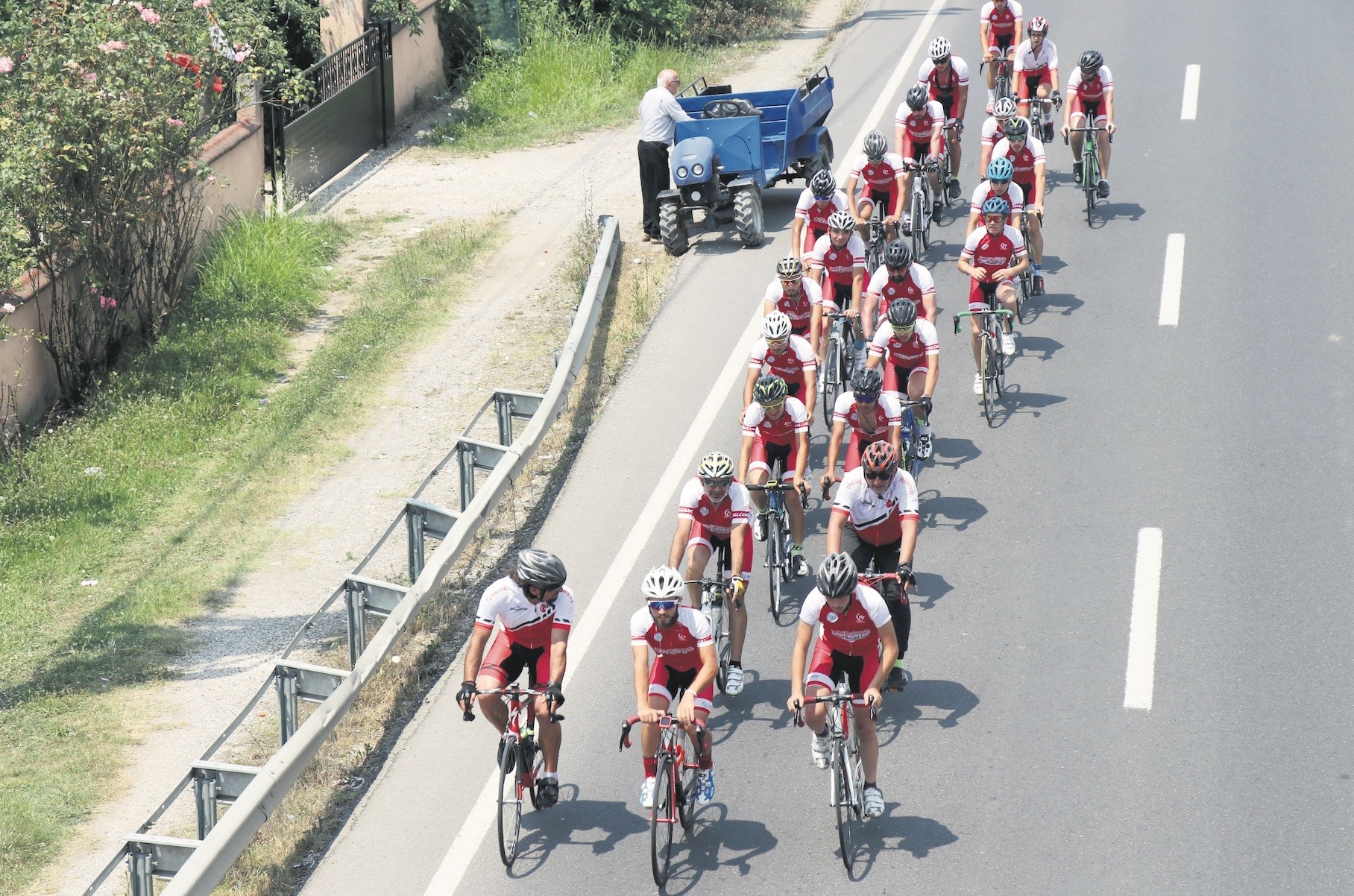 To commemorate July 15 hero and martyr Sgt. Ömer Halisdemir, a bicycle tour kicked off earlier this week that will finish in Niğde, the hometown and last resting place of the martyred Halisdemir.

Halisdemir, who fired the first bullet during the coup attempt and was killed by coup plotters at the scene two years ago, is to be commemorated with a special event organized by the Ministry of Youth and Sports, the Municipality of Arnavutköy and the Turkish Cycling Federation.

With the cooperation of the Municipality of Arnavutköy and the Turkish Cycling Federation, the tour started in Arnavutköy, Istanbul. Crossing six provinces, the cyclists will reach Halisdemir's grave in Çukurca, Niğde. To reach the Ankara Special Forces Command where a commemoration ceremony will take place, cyclists will need to ride 212 kilometers and 87 kilometers more to arrive at Aksaray Governorship on Sunday, July 15. After they reach Halisdemir's grave in Çukurca, the cyclists will put soil on his grave from Arnavutköy.

During the ceremony organized before the cyclists left for Niğde, the cyclists were moved by the words of an 11-year-old boy. Muhammed Enes Sarıkaya, who will also participate in the tour, said: "Martyrs are immortal and our land is indivisible," causing emotional moments.

Professional cyclist Emre Genç said: "Crossing provinces one by one, Sakarya, İzmit and at last we will arrive in Niğde. We will go to Ömer Halisdemir's grave to commemorate him and praise his courage. I feel good, I am happy to be here."

Another professional biker, Birol Çakır, said: "For those who lost their lives and jobs for this country, to our martyrs and for all the veterans, I wish God's mercy and grace. I wish endurance for their families. We do our best to ease their pains and carry their pride."

Talking at 15 July Martyrs Bridge, Batuhan Döngel said: "It is an important day for all of us. We are approximately 25-30 friends here ready to pedal for Niğde. This is our country; we are trying to protect this country. This country is ours; we have to make sacrifices. They put their lives on the line for this country, we all appreciate it."