‘Mother of felines:’ Turkish woman shelters 50 animals in her house 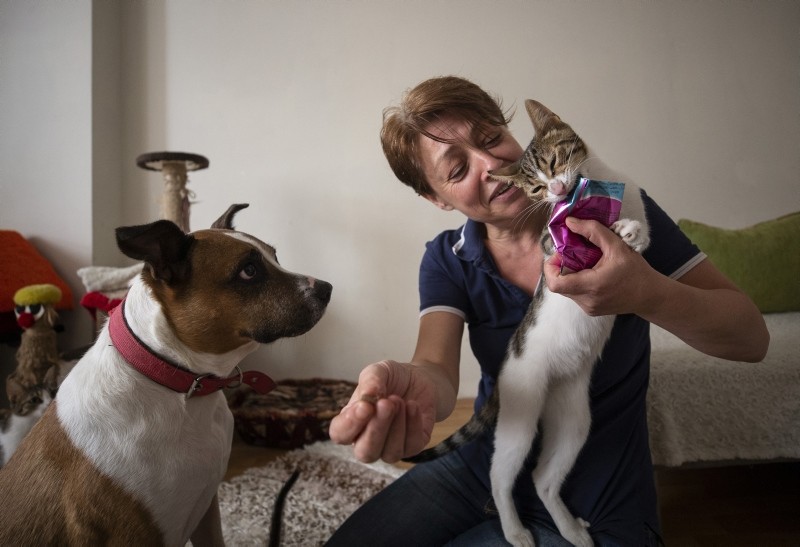 Hosting 50 animals in her house, Zuhal Urgancı, 49, is known as "mother of felines," "lady with dogs" and "best friend of cats" in her neighborhood.

"I am sheltering nearly 50 animals at my home and its backyard. Stray cats in the neighborhood drop by my backyard to eat and rest," she told Anadolu Agency.

Urgancı added that she adopted a duck that was left stranded after its owner did not want to keep it. Later she bought two more ducks.

"I sometimes confuse the number of animals I take care of, as all animals are mine and ours. We try to feed all of them and try to receive health care for them as much as we can… Surrounding municipalities are very helpful in this regard," she said.

Urgancı said the World Animal Day, which is marked across the world on Oct. 4, should not be limited to one day only.

Similarly, Faruk Yörüngeç, 29, is a resident of western Bilecik province with his 60 budgies.

As he grew up, his fondness for birds grew as well and led him to designate his entire living room for 60 budgerigar birds.

"It is better to deal with these birds rather than dealing with humans. My birds are like my children, and I know each and every single one of them according to their patterns," Yörüngeç told Anadolu Agency.