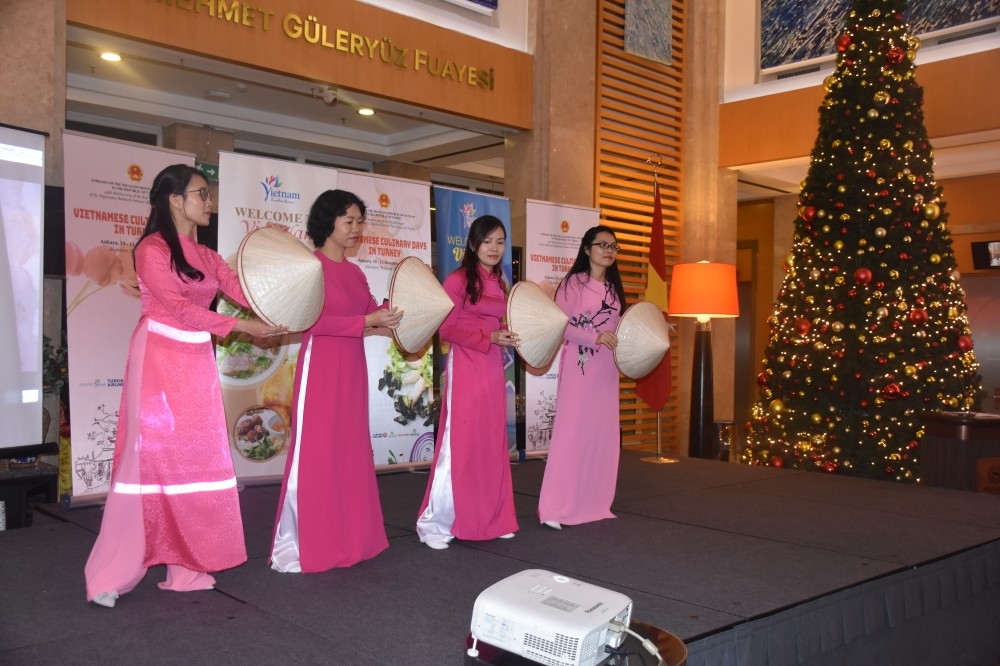 The Vietnamese Embassy in Turkey organized a Vietnamese Cuisine Day event on Monday to mark 40 years of diplomatic relations between the two countries.

Speaking at the event, Vietnamese Ambassador-designate Tran Quang Tuyen said: "In the last two years we witnessed the fruitful development of relations between the two countries."

Last year, the then-Prime Minister Binali Yıldırım paid an official visit to Vietnam. Yıldırım was the first Turkish premier to visit Vietnam since the two countries established diplomatic ties in 1978. In October, the Chairwoman of the Vietnamese National Assembly Nguyen Thi Kim Ngan paid an official visit to Turkey - the first high-level visit from her country to Turkey.

The embassy also invited two Vietnamese chefs to Ankara for the event. A cultural performance, traditional cuisine and a photo exhibition were also presented. Representatives from a number of embassies, ministries and government offices also attended the event.